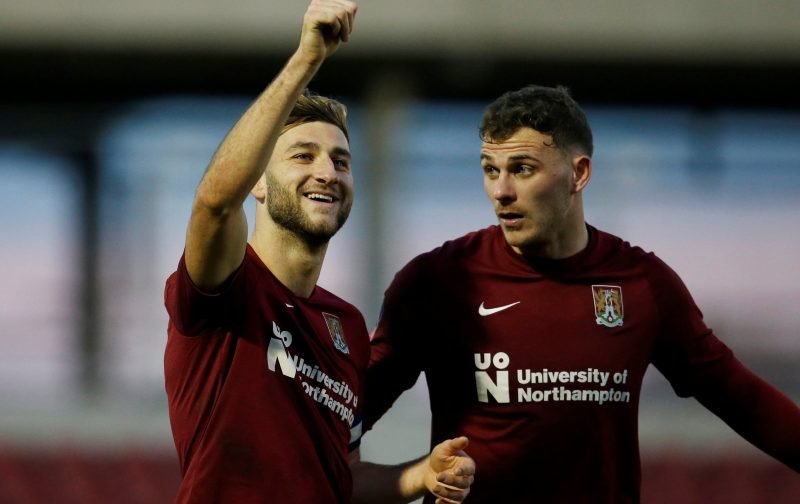 With the season set to get back underway on the weekend of September 12th (and with the transfer window set to shut its doors on October 5th), Preston North End will need to get their business done soon if they want to bring in some new players for the beginning of the new campaign.

The window hasn’t even been open a month yet and already the Lilywhites have been linked to a number of players.

The main target for Alex Neil will most definitely be a new striker to fire in the goals that the club were sorely lacking last season and then also potentially a left-back. In addition, a backup goalkeeper could be beneficial if Connor Ripley is truly out 0f favour, as we have previously discussed here.

We’ve been linked to plenty of strikers so far but there have been no official bids for any of them as of yet. There’s plenty of the window left yet though and there’s plenty of time for us to be linked with even more players in a multitude of different positions – and knowing us, we’ll probably be ‘interested’ in a player in EVERY position over the course of the entire off-season.

With that said, here are the main rumours so far and some details surrounding them. This will be a regular feature on a weekly/bi-weekly basis so be sure to check back each week for the latest goings-on regarding PNE.

The first player to really be linked to North End this summer is Reo Griffiths. The Mirror claims that we have an interest in bringing him to the club on loan, as do Charlton and Sheffield Wednesday.

The 20-year old certainly wouldn’t be a bad signing by any means and judging him off of his goalscoring rate for Tottenham’s Under-18 side before he joined Lyon (he bagged 41 goals in 44 games), he quite clearly knows where the back of the net is.

The only issue is whether he would be an instant fix to our goalscoring issue. Having never played a first-team game for either Tottenham or Lyon, he is yet to truly test himself at a top level. Griffiths can cut it with the youth team but would he be able to score goals on a regular basis in the Championship?

In addition, the youngster doesn’t fit the mould of the type of signing that Alex Neil reportedly wants. According to the Lancashire Evening Post, the PNE boss ideally wants any loan player to have had a previous loan spell or at least some prior first-team experience – and Griffiths has neither.

There’s no doubting he could be an exciting young signing. But with the need for a goalscoring forward, is it worth taking the risk of splashing the cash to bring in an unproven young player on a short-term deal?

No move has been officially made for the youngster as of yet.

Centre-back isn’t seemingly a position that needs much improvement at North End with Ben Davies, Patrick Bauer, Jordan Storey and Paul Huntington all still able to slot in there when needed but it hasn’t stopped Sky Sports from linking us with a move for one though.

According to a report from them we are interested in a move for free agent Ben Heneghan. The 26-year old’s last club was Sheffield United but he failed to make a single appearance for the Premier League side.

Instead, he’s spent the last two seasons on loan at rivals Blackpool. He played in 80 games for the club, bagging four goals and two assists from the heart of defence.

He’s also had a spell at Chester and in Scotland with Motherwell, which means he is well-experienced in terms of first-team action.

However, considering the options we already have in his position, it seems as though the signing of Heneghan would be to use him as a backup. The defender would essentially be a replacement for Tom Clarke who has left the club to join Salford.

He could be a useful addition but we aren’t the only team reportedly keen on a move, with the report claiming Millwall are also wanting to do business for him.

Despite no prior reports linking the striker to the club, the Irish Independent claims that we made a move for the youngster before he completed the deal to take him to Millwall.

Our move was obviously rejected, as he agreed a short-term deal with the Lions. In fact, the 18-year old reportedly also turned down moves to Swansea, Bournemouth, Stoke and even Scottish champions Celtic.

The forward has already made four appearances for parent club Tottenham and has impressed for their Under-23 side with six goal contributions in 14 games, despite playing above his age group.

He quite clearly caught the eye of a number of teams, including us, but has decided to try his luck with Gary Rowett’s Millwall side.

It is a shame, as the striker does appear to be quite the talent and would have been an astute signing for us. Although unproven as of yet at a high level, he was superb at youth level as shown by his goals tally and has even impressed that much that he has made his Republic of Ireland debut already and even chipped in with an assist in that game.

It would have been a great chance to give him the opportunity to really shine at Championship level, bettering both himself and us. He could have proved how talented he truly is and we would have reaped the rewards with his goals.

Of course, with Parrott there is a risk that he might not end up having much of an impact. The forward has no prior experience and could end up scoring none, in which case it would have been a signing wasted.

Either way, there is no use in mulling over that missed opportunity and we will now have to look elsewhere for a striker.

Defender Charlie Goode, who has impressed as captain of Northampton, is another man who we have been taking a look at bringing to Deepdale.

According to TEAMTalk, we are one of a host of clubs all contemplating bringing the 25-year old into the Championship. Goode, who rose up through the youth ranks at Fulham, has proven to be an important player for Northampton and they won’t want to part with him too easily.

In fact, the newly-promoted League 1 club are believed to want at least £1m for his services – and if that is the case, then we might not be able to compete with the other teams for his signature.

Although we have shown more of a willingness to part with more cash for players in recent seasons in a bid to keep up with the other teams around us, spending a seven-figure fee on a defender isn’t a necessity. The fee is therefore very likely to be a putting off point for Alex Neil.

Instead, the battle for his signature seems to be between Middlesbrough and QPR. Both have reportedly already had bids rejected for the player.

This is the case of another one who got away from us. We’ve been linked with the striker since 2018 but ultimately never stumped up the seven-figure asking price for him and he eventually made the move to Wigan instead.

Now, with the Latics in administration, they have been looking to offload the forward to raise some funds. There have been plenty of potential suitors, including us yet again according to the Daily Mail.

However, the fee remained an issue. North End have never been a ‘big-spending’ club and recently released a statement claiming that they would stick to this strategy for the foreseeable future, especially in the current climate.

By sticking to that mantra, the Lilywhites have missed out yet again with the news that Cardiff have today completed a deal to bring the Welshman to the club.

Moore would have been an ideal signing for Neil and would have fit straight into our current system. We often utilise a target-man up top and since selling Jordan Hugill to West Ham, we have struggled to find a suitable replacement both in terms of play style and goalscoring.

The 28-year old could have finally been the one to fill the void that Hugill left but it looks like the wait will go on to find a suitable replacement striker this summer – it just won’t be Moore.