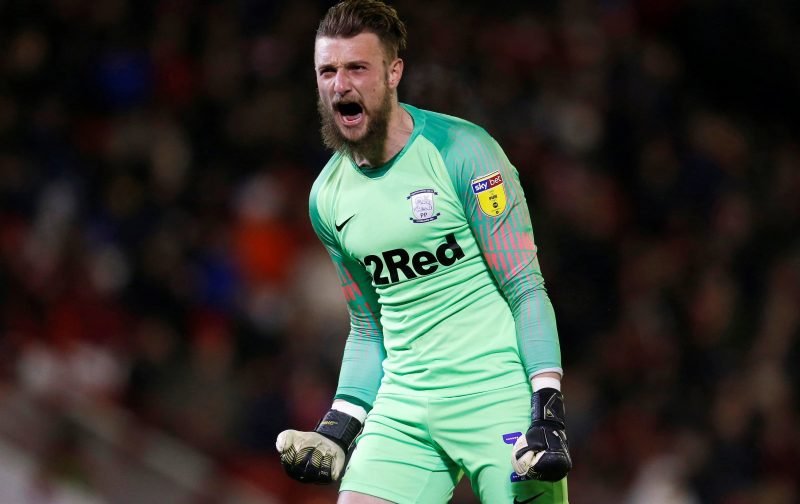 It’s been yet another season of close but no cigar for Preston North End.

What initially looked like a season of promise ended up petering out post-lockdown, ultimately leaving the club in ninth place and four points off the play-off places.

North End spent most of the campaign sat in the top six and, at one point, even found themselves above the rest of the pack in first place. However, the lack of a proven, goalscoring striker and poor form since the continuation of the season proved to be the downfall for the Lilywhites.

Between December 2019 and July 2020, not one striker scored a goal for the Lilywhites. That’s SEVEN months with no goal from any of the four strikers that currently play for the team and it shows that it is a clear issue that will need addressing in the off-season if we want any hope of progressing again next year.

Enough doom and gloom though. This has ultimately been another solid season that unfortunately tailed off towards the last few months of the campaign. PNE continued to challenge at the right end of the table rather than being dragged lower towards the depths of relegation and League 1, which isn’t bad considering our budget. Plenty of players had standout seasons and impressed on a regular basis and there were some team performances (notably against Blackburn at Deepdale and when putting five past Barnsley) that showcased that we are certainly capable of some utter brilliance.

With the season coming to an end. we’ll be reviewing every player in the squad and their performances throughout the season. I’ve given a grade to each player and commented on why they have earned that particular mark and how the club can use them going forward. If a player played less than five games for the club, they won’t receive a grade but I’ll still be giving them a comment.

With the logistics out of the way, let’s begin by having a look at the four goalkeepers in the squad.

Declan Rudd had arguably his best season in Preston colours in the 2019/20 campaign and it was a great way for him to silence the haters and doubters that jumped on his back during the previous season.

The goalkeeper was scrutinised heavily by North End fans in the 2018/19 season after a number of errors and howlers. It led to many calling for either a goalkeeper to be signed or for one of the backup keepers to be given a start instead.

However, boss Alex Neil has continued to trust him in-between the sticks and the 29-year old rewarded him massively over the course of the year.

He featured in every single league game for PNE and conceded 54 goals, with nine clean sheets. The only teams outside of the top six to concede less, were the two above us in the league (Millwall and Nottingham Forest).

Rudd’s showings even led to shouts for him to be awarded the club’s Player of the Year award – not a bad turnaround for a man who could seemingly do no right the year before.

His showings have actually led to the goalkeeping position being one of strength for North End – perhaps the only issue that needs to be addressed this summer is finding a suitable backup for the former Norwich man.

Going forward, Rudd clearly has the number one jersey nailed down and it looks like he is going from strength to strength in goal for the Lilywhites.

Ripley has had another season of very little playing time for PNE. He didn’t play in the league despite being the club’s main backup for the number one position, featuring mainly in the cup competitions.

He played in all of North End’s Carabao Cup and FA Cup games but didn’t perhaps have the impact he would have wanted.

Despite keeping a clean sheet against Bradford, he then went on to concede two against relegated Hull and then three against Man City (although, to be fair, City are on an entirely different level to most teams).

In the FA Cup, he also leaked four against Norwich. They may have been in the Premier League this year but they finished in 20th position in the table and also played a second-string side against us.

He has yet to showcase much to warrant a claim for more first-team action at Deepdale and a question needs to be asked of whether we need to be in the market for another goalkeeper during the transfer window.

It would be good to keep each position competitive, as if Rudd doesn’t feel like he is being challenged, he could become complacent. Therefore, with Ripley arguably the best of the rest in terms of our goalkeepers, it begs the question of whether we should be on the lookout for someone to contest Rudd for that number one spot.

I think the question that does need to be asked is – would we feel confident if Rudd was injured and Ripley had to step in? If the answer is no, then this needs addressing.

Michael Crowe had a rather torrid time at Preston. After joining the club from Ipswich, he was given his first chance to shine in goal for the Lilywhites back in 2018/19 against Doncaster Rovers in the FA Cup.

Instead of impressing, he conceded three as we crashed out in our first game.

Since then, he struggled to even nab a place on the bench. Having been made surplus to requirements, he has now left the club and joined Viking FK in Norway.

Now that he isn’t a third-string goalkeeper, he should now find gametime easier to come by.

Hudson completes the collection of goalkeepers plying their trade for North End during the 2019/20 season. Having been at the club as a youngster and risen through the ranks at North End, he made his debut against Leeds United in the 2015/16 season. After starting goalkeeper Jordan Pickford (I wonder what happened to him?) was sent off, Hudson had to step in and fill his shoes.

The youngster didn’t do a bad job of it either. We may have lost 1-0 in the end but he certainly gave a good account of himself and proved that all the effort he has put in during training is certainly doing something.

He’s also spent some time out on loan, featuring four times for Bury and conceding four goals, before they were unfortunately dissolved and banished from the Football League.

The 22-year old is entering a stage of his career where he will need to start featuring on a much more regular basis, whether that is for North End in the cups or out on loan again.

It seems as though Alex Neil is high on the goalkeeper due to the fact Connor Ripley was replaced on the bench in the last few games of the season by Hudson. Is he now seen as the backup keeper, at least until another player is signed?

If that is the case, then it may be good to test him out in the cups next season to see if he could cut it in the Championship if needed for North End. Otherwise, I feel as though another loan move would be beneficial to him and his progression. Next year could be a make or break it season at Deepdale for Hudson.

That’s it for the goalkeepers at Deepdale. It’s really been a season of only one regularly featuring number one for the Lilywhites, while the rest have had to sit and watch from the sidelines. With Crowe leaving the club and Ripley perhaps out of favour, it could be time for us to shop around for another keeper – or at least see what Matthew Hudson is all about.