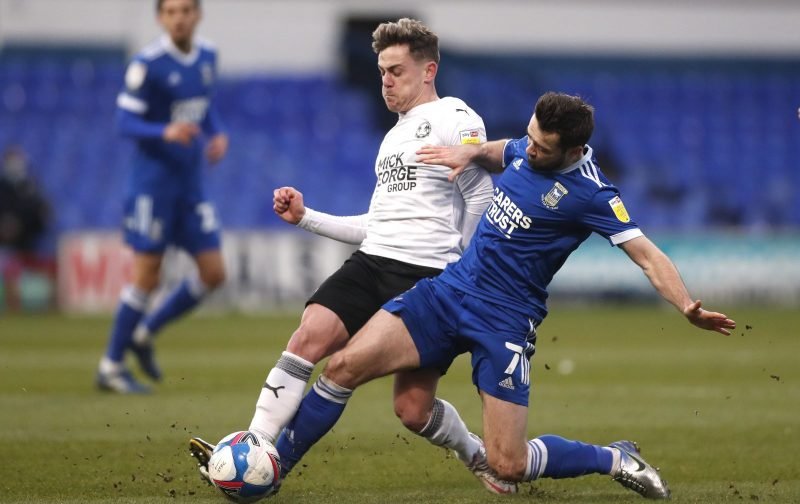 It’s been a busy week of rumours for a club with no permanent manager at the helm.

Despite Alex Neil leaving his post at Preston North End, the club have had no end of players linked with moves to Deepdale this week. Peter Ridsdale is likely to have a say in transfers, regardless of who gets the full-time job, due to his ‘supervisory’ role. Add in the fact that the next boss will have the title of head coach and not manager and it means that some of these rumours may have legs. Or, they may actually just be whispers in the wind, agent talk or clubs trying to stir up interest in their players. Any incoming boss is also likely to want to put his own stamp on the team and imprint a fresh identity on the squad – and that will mean wanting to handle his own transfer dealings.

Either way, it’s probably important to North End fans to sum up the week of rumours. So, here is a round-up of all the latest transfer news and players linked with a potential summer move to PNE.

He’s only just signed a permanent contract with the club but it may be a short stay in Preston for Ched Evans.

The forward joined us – rather acrimoniously – back in the January transfer window. Although some fans have remained angry at his reputation being linked to the side, most have accepted that in terms of his playing ability, he has proven a lot of people wrong.

He’s become a solid addition to the side with his superb hold-up play and goal contributions. Playing up-front with Emil Riis in recent games has been inspired and although he hasn’t bagged any more goals, his play has continued to be tremendous and has helped lead to four points out of a possible six in two tough fixtures.

It’s these performances that have no doubt led to interest from rival Championship teams – most namely Middlesbrough.

According to Lancs Live, Boro are considering a deal to bring Evans to the club if he doesn’t agree an extension with us at the end of the season.

The striker initially joined us on a loan deal until the end of the season but it was turned into a permanent contract until the summer shortly after the window shut. Now, if he chooses not to continue at Deepdale past this campaign, he will be able to move to Middlesbrough if he wants to according to these reports.

It’s no question that we’ve struggled at the back this season thanks to long-term injuries and sales of key players and it means that defensive reinforcements will no doubt be on the cards this summer.

One that we are reportedly looking at is Akin Odimayo of Swindon Town. His club are struggling in League One but the player definitely is not.

He’s become a first-team regular at just 21-years old, featuring in 30 games for the side so far this season. He’s young, looks talented and has also played for Reading in the Championship (although only for their reserve side and not their first-team).

His defensive efforts have impressed for Swindon this year and, considering he can also play at right-back, he seems the type of signing that we would (and should) make.

Although he’s untested in the second tier, he looks a decent young player that could be available on the cheap too. According to TeamTalk, we are keen to sign the player and could sign him this summer unless Swindon manage to convince him to stay on for another season.

Stephen Humphrys is a striker on Preston’s radar

From one end of the pitch to the other now with the news that we want Rochdale striker Stephen Humphrys according to The72.

The 23-year old is being chased by a number of sides according to this report but ourselves, Blackburn Rovers and Stoke City are the three with the highest interest in his services.

In 24 starts this campaign, the player has 12 goal contributions so far, which isn’t  bad return for a player at a side who are right in the midst of a League One relegation battle.

He’s also another flexible player, as he can feature not just in the central striker role but has played on both wings too.

It would be another tidy addition for us to make, with the only issue being a similar one – he hasn’t played much Championship football before. His only gametime came as an 18-year old for Fulham in the second tier, when he played twice.

Football League World has claimed that we are considering a move for Otis Khan, currently of Tranmere Rovers, alongside Sunderland and Portsmouth.

The 25-year old has put in some superb showings in League Two this season and now we are believed to be eager to bring him to Deepdale.

Even better for us – and for any team contemplating a move for Khan – is the fact that his current deal expires at the end of the campaign. It means that he could be picked up for absolutely nothing and for a player who has showcased some real talent this year, it would be a steal for any team.

He’s dominated that right hand side of the field in most games that he has played for Tranmere so far during his time there but his contributions in terms of goals and assists have dwindled.

This though is through no fault of his own. Despite being a winger, he has actually been deployed more as an attacking full-back. It’s meant that while his goal contributions have suffered, his defensive efforts have skyrocketed.

He fits a need at Preston in terms of positioning, that’s for sure. We need a right-back and he could fill in there over someone like Joe Rafferty and is also a better fit than Sepp Van Den Berg and Alan Browne who are having to play out of position to accommodate the fact we need a new RB.

The issue? It’s been a common factor throughout these rumours and that is the fact he has barely any experience of Championship football. He’s played as high up as the third tier but has never graced the second and it could be a risk to bring in a player from League Two and expect him to slot in and do a solid job there instantly.

It’s another potential bargain deal that we’re reportedly chasing here, as Gwion Edwards has been linked to the club on a free transfer according to Football Insider.

The winger can be signed for nothing this summer and we’re reportedly battling Sunderland to seal his signature at the end of the season.

Edwards is 28-years old, so is arguably in the prime of his career, can play on the right wing and poses not just an attacking threat but has good defensive work-rate too. He can put in a stint further back if he needs to but attacking the opposition goal is his stronger point.

He has nine goal contributions to his name so far this campaign and has been a regular feature in an Ipswich side battling for a play-off spot. If the Tractor Boys cannot seal promotion back to the second tier, a move to Preston would give him the chance to try his luck in the Championship again – which would be a big selling point.

Edwards does also have some prior experience of football at this level. Playing for Town in the side’s relegation season, he bagged six goals and two assists for them despite them finishing rock bottom of the table.

It seems that we might be out for some rather cheaper transfers though. Most of these aforementioned rumours have involved cheap or free deals and although that doesn’t sound promising, the signing of Edwards on a free transfer could actually be a decent deal.

The final rumour of this round-up is for James Collins. The Luton Town striker is reportedly wanted by us according to The Telegraph and he could be another that we pick up for no fee.

The 30-year old has no shortage of suitors after two impressive seasons in the Championship with his current club and it could be a case of the player choosing the option that is the most appealing to him. Derby County are another team willing to keep him in England but there are also believed to be offers on the table from America and the MLS.

Collins only has eight goals for his team so far this season compared to his tally of 14 last time out but he has also featured less and his contributions have suffered due to him having less of a role in the current side.

North End though could certainly offer him the chance to lead the line, especially with Seani Maguire on the sidelines often and Ched Evans potentially off in the summer.

Give him gametime and he could score frequently for us – he certainly knows where the back of the net is in this league.

If we can sign him on a free transfer and convince him to join us, he could be the most solid deal of all the ones mentioned in this article. The issue is whether he fancies a move to America or a stay in England and the Championship.