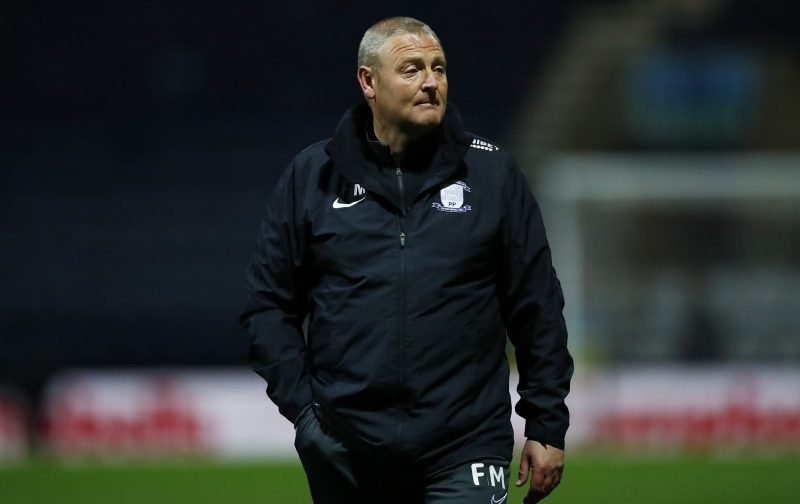 If you’d have asked any Preston North End fan about our chances of avoiding the drop as Alex Neil was potted a few months back, a lot would have been pessimistic.

The football we played was dull and drab and we looked unsettled and unable to pick up results or points. Many – ourselves included – believed Alex Neil was still the best man to take us forward and that sacking him may be a decision we come to regret.

So far though, it has actually proven to be a masterstroke.

Questions were understandably asked when Frankie McAvoy was handed the reigns on a temporary basis until the end of the current campaign. With no previous managerial experience (at first-team level) some wondered if he could really lead us away from the drop zone.

He’s since done much more than that. Not only has he kept us in the Championship for another season but his work has launched a serious claim to him getting the job on a full-time basis.

So should he get the job or should it be handed to someone else?

McAvoy Deserves The Chance to Lead Us

First off, the argument for McAvoy in. For starters, his work speaks for itself.

He’s taken charge of seven league games so far this campaign and has lost only one of those games. He’s taken us to wins over two play-off competitors to boot in Barnsley and Swansea and nabbed us a draw against title-chasing Norwich.

He’s also done incredible work in terms of shoring us up defensively. Before McAvoy, we’d not won in any of the last five league games and had conceded at least one goal in each. Since he took over, we’ve had five clean sheets and barring the 5-0 thumping against Brentford, we’ve barely conceded.

Add in the fact he’s got us firing too. We looked like we couldn’t hit a barn door from five yards beforehand but we’ve since bagged in all but two games.

If he can get this out of us now, could he prove to be a shrewd appointment? The lads are certainly playing for him and have spoken highly of the man and with his coaching staff (including Paul Gallagher, who will no doubt manage us one day) he has a solid backroom team to help him.

He could also be less of a risk now. He knows the players and they know what they want from him. Keeping him in over summer and allowing him to build a team in the way he wants to play will take less adaptation than if a fresh face comes in and uproots the tactics and the playing style. He’s shown his style works and the players like him.

He’s also, undoubtedly, the easier option for those in charge. Frankie already has the role and it would be easy to implement him as boss on a full-time basis, whilst saving Trevor Hemmings and Peter Ridsdale from trying to secure a more accomplished manager and potentially forking out money to bring one in.

Now it’s time for the argument against him. Although he’s proven he can get us playing, there’s an argument to be had over whether he could do it over the course of a full season.

Of course, he’ll only be able to prove if he can or not if given the chance. However, this could be considered the ‘honeymoon’ period for the boss and if he took the reins on a full-time basis, things might start to go downhill (see: Wayne Rooney for one example).

In addition, there are several other bosses who could potentially be available where now might be the best chance to try and make an approach. Gareth Ainsworth has done well with his Wycombe side but is likely to end up back in League One with them. If there was ever any chance to bring him to the club, now would be it.

Then there’s also Michael Appleton. Perhaps more of a long shot considering there are bigger and richer clubs considering moves for him, the manager is another former player and might relish the chance to try his hand further up the football pyramid.

Lincoln City have secured a League One play-off spot but at one point they were challenging for an automatic promotion spot. If they end up losing in the play-offs and stay down in the third tier, he may decide that now is the time to leave.

Michael Appleton is no doubt a manager who can get a side playing good football and can implement a good philosophy. Gareth Ainsworth can work wonders for a team with a lower budget like ourselves.

That’s just two potential candidates where now could be the best time to pick either up. Would it be worth passing on either of them?

McAvoy has kept us solid too but a 0-0 draw against Stoke was perhaps a sign that some of the style Alex Neil brought in may carry on with his number two. If we want to bring in a manager who can make us play good, attractive football again then now is the time.

McAvoy Has Proven His Worth

Frankie McAvoy has proven his worth no doubt. His appointment would still represent a risk – he’s never managed a full campaign before – but at least we know he can get us playing.

He certainly deserves massive consideration for the job after the work he has done in keeping us up when many weren’t sure about whether it was the right thing to do.