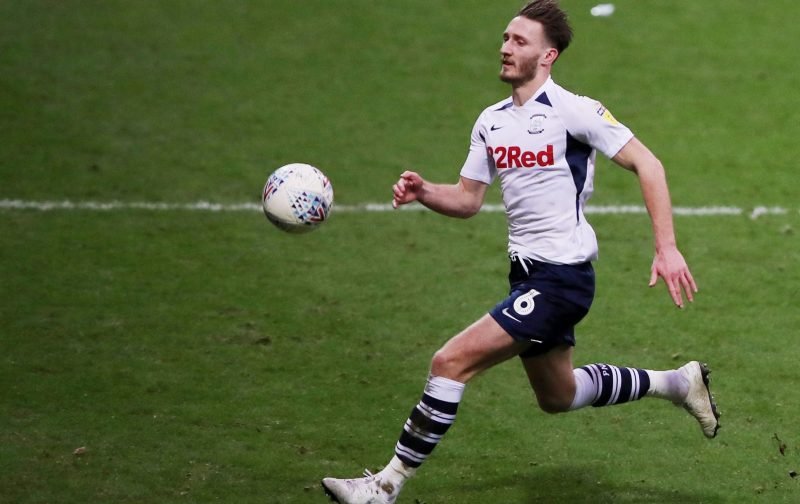 This transfer window has been absolutely crazy as a North End fan so far and it’s just become even crazier with the news that Ben Davies is set to join Liverpool on a permanent deal.

It’s well established that the Reds are on the hunt for a new centre-back, with the Premier League side currently having an injury crisis in that area. What is less established is that they would turn to Davies and it appears this rumour has come out of thin air.

Davies is out of contract in the summer and among North End fans, it has become pretty much fact that he was likely to see out his current contract and leave to join Celtic in the summer. The only potential side stopping the Barrow born man from staying at Deepdale until the end of the current campaign was seen as being Celtic.

However, it has now emerged that Premier League champions Liverpool have turned to the defender in their hunt for a new centre-back. A bid (believed to be around £2m) has reportedly been agreed and a deal will be completed tomorrow before the window comes to a close.

Another twist to the deal is Sepp van den Berg. The youngster is currently on the books at Liverpool and has been linked with Preston in recent weeks, with Jurgen Klopp willing to let him leave on loan.

It could now be that Klopp lets the player join us on a season-long loan deal as a sweetener in the deal that would see Davies leave to move to Anfield.

We would of course need a Davies replacement – he’s arguably our best defender at the club – and replacing him would be a priority.

Van den Berg could be that capable replacement and it could be a deal that would suit both parties – Davies would get the chance to test himself in the Premier League for the reigning champions, while Liverpool would fill a problem position. Van den Berg would get valuable gametime and North End would get a fee for a player who could have left for nothing in summer and have a replacement coming in to boot.

It has been a barmy transfer window for North End so far – and it looks like it could get even busier on deadline day.