A strategy for each returning Preston North End loanee 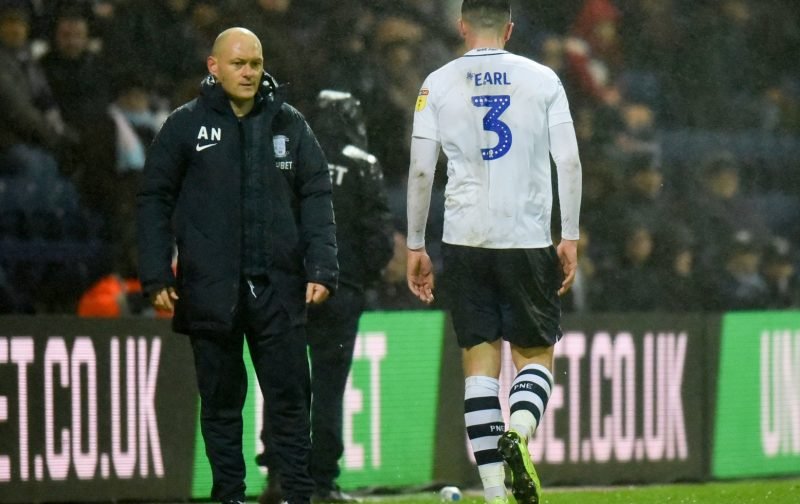 Preston North End had several players out on loan over the course of the 2019/20 campaign, in a bid to further their progression.

However, it isn’t uncommon for North End to use loans as a way to have a player see out their contract at Deepdale instead. If we are unable to find a buyer, we usually ship a player out on loan until we either find someone willing to take them permanently or until their deal with the Lilywhites expires.

It’s happened on numerous occasions and looks like it could be taking place again in the case of Graham Burke. The 26-year old’s contract is due to expire in the summer of 2021 and having been out on loan since 2018 (at Gillingham and now Shamrock Rovers), it looks like his time at North End could be up in a similar way to many others.

There are exceptions to the rule though. Ben Davies has been a professional at PNE since 2013 and came up through the youth ranks at the club. Having failed to break into the first-team, he was sent out on loan to various teams from York to Newport.

In 2016, North End sent him out on loan to Fleetwood to let him test himself in League 1. After featuring 26 times and impressing for them, he came back to Deepdale rejuvenated and ready to go a year later.

After being given the chance to shine, he hasn’t looked back since. He’s now become not just our best defender but arguably one of our best players in general.

Now, it looks like the club’s route for development could be primarily through loan moves.

PNE have released a statement in regards to the club’s youth sides. They haven’t invested in an Under-23 team and continue to release scholars on a regular basis. After Tyrhys Dolan was let go and joined rivals Blackburn, many North End fans took to Twitter to express their anger at the club for continuing to let youth leave.

They’ve come back and claimed that they would much rather loan out players to gain valuable experience than invest in an Under-23 side, as they don’t believe in the cost. If that is the case, then loans are the way forward for the Lilywhites’ youth.

Now, with several young players having spent time out on loan and returning to the club and just being on the cusp of the first-team, I’ll take a look at the options for four of these youngsters and whether or not they could break straight into the first-team in 2020/21 or whether they should spend more time out on loan – or even whether they should be let go entirely.

Earl spent last season out on loan in League 1 with both Bolton and Ipswich – so experienced two very different sides to life in the third tier.

Starting with Bolton, he featured in 11 games for the club. He played both on the left in a left-back role and then as a centre-back. After an injury curtailed his Wanderers spell before it even began, he was then sent back to Deepdale in January.

With Bolton struggling financially and with relegation on the cards, he then swapped the lows of the third tier for the highs, joining Ipswich.

The Tractor Boys were battling to try and secure a place back in the Championship after suffering relegation and although they didn’t manage to achieve that goal, eventually finishing eleventh, Earl featured in seven games in a wide range of positions.

Having initially been tried in left midfield and then as a left-back – his main position – he ended the spell playing again as a centre-back.

At 21, Earl is still only young and judging from his appearances for us so far and for other sides, I think it’s important to tie him up to the club and not to let him run down his deal.

The question is whether he’ll be utilised as a left-back or as a centre-back in the future. The defender has played predominantly for us on the left side of the field so far but with his height (he stands at about 6-foot 3) it seems more than likely that he will be moved into the centre going forward.

He’s not a bad player by any stretch and impressed for us on numerous occasions (in fact, during the 2017/18 season he had an average rating of 7.09 for us) It’s just whether he could or should complete the transition into a centre-back, with Ben Davies, Patrick Bauer and Jordan Story already all challenging for a central berth.

If Davies leaves though(he’s entering the last year of his contract and Preston may sell him now to avoid losing him for nothing next summer), he may be thrust into that role sooner rather than later. Either way, I think it might be worth keeping him around the club in the 2020/21 season and utilising him if needed (or at least sending him on a short-term loan until January).

That way, we have a solid back-up in the left-back position (an area that does need strengthening) and could potentially send him out on loan in the winter transfer window if he doesn’t feature in many games up to that point.

Ginnelly is the oldest of the four players mentioned in this article at 23 and, with him entering the last year of his current contract, it will be an important season for him.

Having featured in three EFL Cup games for North End – one as a left-back despite being a winger – he was then shipped out on loan to Bristol Rovers in the 2019/20 campaign.

Ginnelly went on to play nine times for the League 1 side and scored one goal (ironically, against Blackpool). Now, he’ll have to prove he is worth keeping on at Deepdale.

Would he best suited to sticking with the squad and trying to break into the first-team this year or going out on loan again in a bid to prove his worth?

Even though the 23-year old is in the last year of his deal and ideally needs to break into the team now to secure his future at the club, it would likely be fairly fruitless of him to not seek regular first-team action elsewhere over the course of next season. With Scott Sinclair, Josh Harrop, Tom Barkhuizen, Billy Bodin, Brad Potts and Seani Maguire all vying for the two wing positions, it seems highly unlikely that he would be able to get much, if any, game time with PNE.

Therefore, I feel the best thing for Ginnelly is to seek out a loan move where he will play on a regular basis and have chance to prove what he is capable of consistently. If he can come back to the club after a tremendous effort out on loan, then he could pen a new deal and then break into the first-team for the Lilywhites.

However, I feel it would have to be an extremely impressive loan spell for us to take a second look at Ginnelly and not release him from his contract next year. The ball then, is in his court.

At 19-years old, he is still just a teenager and there is plenty of time for him to continue improving as a player and to potentially break into the starting eleven at Deepdale like Ben Davies and Alan Browne before him.

So in the case of Baxter, there is an easy solution to how he should spend his next season and that is finding more regular first-team action at a higher level so that he can challenge himself.

The midfielder’s contract also only expires in 2022, meaning he has a full two years to prove that he is worthy of signing a new contract at Preston.

Again, with the sheer amount of players battling for a midfield berth, it would be unwise for Baxter to stick around at the club this season. Instead, it would be beneficial to both Alex Neil and Baxter himself to explore the option of a loan at a better team to see if he can cut it at a different level.

That will then give the PNE boss a good view as to what the plan is going forward into his final contract year.

The midfielder is the final player in this list, having spent time out on loan in the lower throngs of the football pyramid like Jack Baxter.

In the last few seasons, he has played for both Hyde United and Stalybridge Celtic on loan and is very much in the same mould of Alan Browne (not least because he too is Irish and plays in midfield).

During his time out at Stalybridge, the club’s manager Simon Haworth claimed he was extremely impressed with the youngster’s performances, which is a promising sign.

O’Reilly has also played for the Republic of Ireland’s Under-17 team and has even made his debut for North End, coming off the bench to make a very fleeting appearance in the 2018/19 Championship season against Aston Villa.

To give him a debut at such a young age shows Neil and the club must rate him rather highly, especially considering he is still only 19.

However, he too needs to start playing regular football. It’s something that he won’t get at Deepdale and it means he’ll need to be touted to other clubs for a potential loan move this summer.

O’Reilly has been built up by fans to be quite a talent and it would be a shame to see him leave having not had a real chance at Deepdale.

With his deal set to expire next summer, Neil would be best served getting a new deal on the table for the Irishman regardless of what he does this season. Then, he could send him out on a short-term basis to help him progress before eventually getting a crack at the first-team like his counterpart Browne.

That’s it for players who have been out on loan for North End. Do you agree with our picks for these four players or do you think we’re completely in the wrong? Should we give Ginnelly a crack for us on the wing this year? Is Earl ready for the first-team? Let us know what you think.