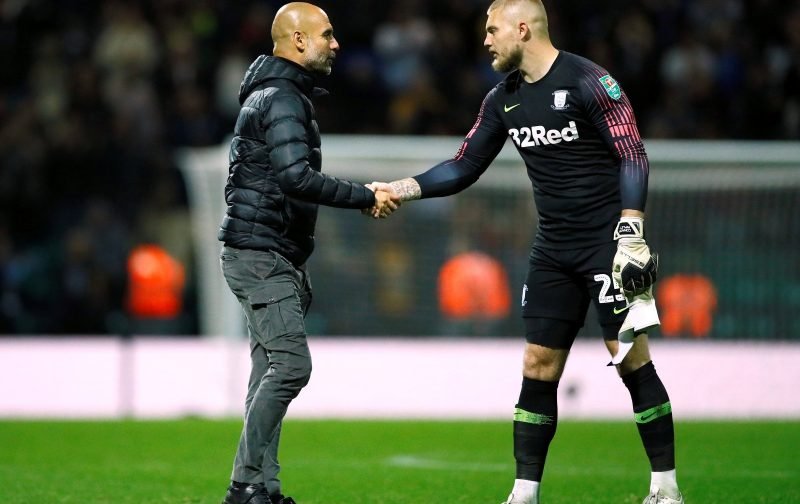 There has been a sudden influx of rumours regarding both Preston North End players leaving and incoming transfers to the club and one of the latest involves goalkeeper Connor Ripley.

The shot-stopper struggles for gametime at Deepdale, finding himself confined to the bench behind regular number one Declan Rudd.

He was given a run-out in both the EFL Cup and the FA Cup but shipped nine goals, only managing one clean sheet against Bradford. In fact, the 27-year old may not even be the club’s backup goalkeeper now, with Matthew Hudson replacing him on the bench in the last few games of the 2019/20 season.

As we mentioned here, if he’s fallen out of favour at the club and isn’t proven as a solid backup, it may be wise to let him leave and bring in a suitable backup in-between the sticks.

According to rumours that could be coming to fruition. Journalist Alan Nixon has claimed that Salford are looking at bringing Ripley to the club on loan. Although Nixon isn’t the most credible source – he often gets things right but he does also tend to get things wrong – it does make sense.

Struggled to feature for Preston

He won’t feature much for us again next season and, if we needed to turn to another keeper, it looks like we might now be more inclined to give a chance to Matthew Hudson.

In fact, Ripley has only played six games for us since joining from Middlesbrough back in 2019 and conceded 15 goals. He only ever played three times for Boro, instead spending most of his time out on loan at clubs from Accrington Stanley to Motherwell and even Ostersund.

His best season arguably came for Oldham back in 2016/17, when he played 46 times in League One and conceded 40 goals, averaging 0.87 conceded per 90 minutes.

Now at 27, he needs to be playing football on a more regular basis and with Salford (who are currently on the lookout for a new keeper) he could get that gametime down in League 2.

He’s shown signs, as shown by these stats, of being a relatively solid goalkeeper in League 1 and 2 and therefore it could be a good signing for Salford if they were to make a move for him. In the end, this move could be beneficial to both Ripley and to North End.