Could Preston make a move for Charlton’s Macauley Bonne? 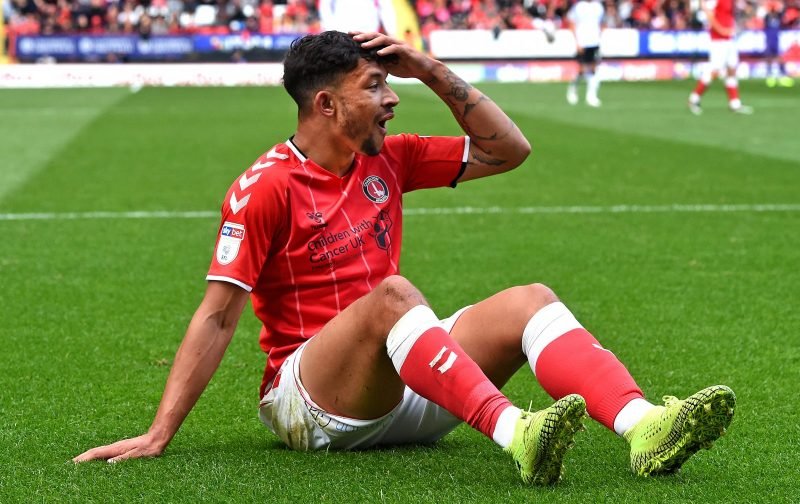 Preston North End are being linked with yet another striker, with reports claiming we’re lining up a transfer move for Charlton’s Macauley Bonne.

After rumours on Twitter initially suggested we were planning to launch a bid for the attacker, a source finally came out and backed up those whispers (albeit, the source is The Sun).

With Charlton in some financial difficulty , like Wigan, they could be forced to sell a number of important assets during this off-season including the 24-year old.

This report claims that we are planning a £500,000 move for Bonne and could launch an official bid for his services soon, in a bid to lure him away from the Addicks.

Bonne could be too pricey

However, more reliable sources associated with North End claim that these reports are wide of the mark yet. According to LancsLive, we have yet to make any kind of move for the forward and might not do either, considering that his fee is more likely to be around the £750,000 area.

We are well aware that Alex Neil’s budget continues to be small. In fact, we still haven’t broken our record transfer fee of £1.5m that we paid for David Healy back in the early 2000s.

Fees for both Brad Potts and Tom Bayliss have come close to surpassing this fee but, despite the Healy fee being about 20 years old, we are still yet to really challenge other clubs when it comes to splashing the cash. Instead, our transfer policy continues to be to search for bargains wherever we can get them.

Bonne wouldn’t be a bad signing by any stretch and our interest in him is good news. He is still only 24-years old and possesses a raw talent that could be utilised by playing more regular football at Championship level with us.

The Zimbabwe international has played in 34 games for Charlton with 13 goal contributions but despite this contribution over the course of the 2019/20 season (as he essentially ended up standing in for Lyle Taylor) it wasn’t enough to keep the Addicks up and they were relegated back to League One.

His record shows that he is clearly capable at this level despite only making the leap up from Leyton Orient and the National League at the beginning of the 2019/20 season.

If we could nab him for a £500,000 fee, then it could prove to be a shrewd piece of business by North End, as we continue to look for options up-front that can hopefully provide us with the goals that we need from our strikeforce.

He’s scored at every level from the National League right up to the Championship and averaged a goal every 214 minutes. In fact, FootyStats rates him as the 28th best player in the Championship in terms of goals.

However, if the fee does turn out to be higher, then we might unfortunately be priced out of a move for the attacker – and if that is the case, then another team could come along and snap him up instead.