What does the future hold for Preston’s Ben Davies with Leicester linked? 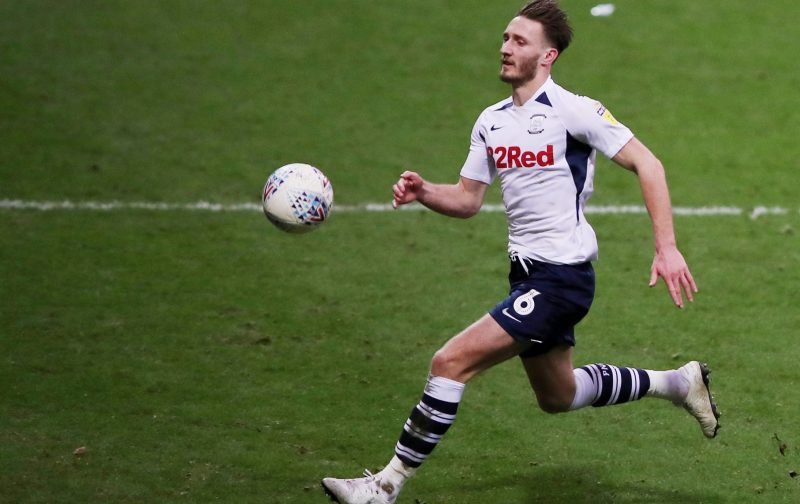 Preston North End fans should close their eyes (and their ears) now, with news that Leicester reportedly want to bring defender Ben Davies to the King Power Stadium.

The Daily Mail is claiming that the defender is high up on Brendan Rodgers’ list of potential centre-back targets if Jonny Evans was to leave the club this summer.

It’s no surprise to see interest in the 25-year old considering he’s become a mainstay in the team and one of the club’s best rated players (in fact, of the players who played 35 games or more for North End last season, there was only three players above him in the WhoScored ratings).

He had an average rating of 6.69 after 38 games for the club  in all competitions and also bagged two Man of the Match awards. He also averaged the second most blocks (0.9), the second most clearances (4.5) and the second most amount of passes per game (44.4) of any Lilywhites player, which shows he is not only solid defensively but is a centre-back who is well capable of playing out from the back rather than hoofing it long.

Since coming back to Deepdale after his loan spell with Fleetwood back in 2016/17, he has never looked back. He’s played in 126 games for North End and has quickly established himself as one of their most important defenders and players in general.

However, with his contract due to expire next summer, this off-season is extremely important in terms of judging where his future could lie. If he doesn’t put pen to paper on a new deal, he could leave for absolutely nothing next summer.

Davies is one of a number of key players who we need to hopefully tie up contracts for this summer. He’s become an essential part of the way we play and is one of the main reasons why we have been solid defensively (conceding only 54 goals last season, the third lowest outside of the top six).

There are then, three options for Davies as it stands:

1. Sign on the dotted line Ben Davies and agree a new Preston deal

This is the option every PNE fan is hoping and praying for. With two new deals already in the bag for Paul Gallagher and Seani Maguire, a lot of people are hoping the likes of Davies, Ben Pearson, Alan Browne and Daniel Johnson will be next. Getting the centre-back to agree to an extension of his current deal would certainly be an astute piece of business from all at North End.

It would also give us a real crack at going for promotion and a top six place again next season. We’ve been desperately unlucky over the last few years in terms of trying to land a play-off place and we’ve always been just lacking that final finishing touch in our squad to push us on and land a top six spot. Last season it was a regular goalscorer that was missing. If we could hold on to our most important players and then sort out a new striker, it could be enough to finally get us back firing near the top.

Even with Jordan Storey impressing when he stood in at centre-back towards the back end of last season and with Patrick Bauer and even potentially Josh Earl able to play in that position, Davies is such an important presence at the heart of the defence that it would be a huge blow to lose him.

Therefore, to have him pen a new deal would be one of the best pieces of business of the off-season. It’s just whether or not Alex Neil can convince the defender to believe in the club’s current vision and ambitions of a play-off place to have him agree a contract extension.

2. Ben Davies is Premier League ready – and could try his luck there this summer

The second option is the one that we’re really (quite selfishly) hoping doesn’t come to fruition and that is that the 25-year old decides he is ready for a new challenge and wants to test himself in the Premier League.

If that is the case, he will have no shortage of suitors I’m sure. If these reports are to be believed and Leicester do want to bring him to the club, it would be a massive move for Davies and you couldn’t blame him for making it. They won’t be the only Premier League club keen to sign him this summer, as he has already proved with his performances over the last two seasons that he is ready for the big time.

If he doesn’t feel that he will get that chance with us – and doesn’t feel we can achieve promotion and give him the Premier League football that he could get elsewhere – then obviously he would want to leave this summer and it would be stupid to not cash-in on him if that is the case.

Davies could walk into a number of Premier League sides and do a solid job at centre-back already. In all honesty, there is potential for him to get even better with regular game time in the top tier.

If he isn’t ready to agree a new contract, this is our second best option. We could get a sizeable fee for him (transfermarkt values him at a measly £2.16m, but he could fetch four times that amount  if we sold him this summer) to spend on a potential new attacker, while Davies would get his chance to thrive in the Premier League at a top level team nonetheless in Leicester.

3. Hope Preston snatch promotion and Davies decides to sign on next summer

This one might be a bit of a pipe dream but you have to be optimistic. If Davies doesn’t want to agree to a new deal and the club aren’t wanting to let go of him yet, then the best alternative is this one if we want to keep hold of him.

If we could improve our squad this summer and have a real go at the top six and promotion to the Premier League in 2020/21, then it could result in a win for all parties. If PNE secure promotion – a man can dream – to the top tier next season, Davies would be more likely to agree to a new contract.

Davies has worked his way up through the youth ranks at Deepdale and given the chance to play Premier League football with the club he helped to get there, he would no doubt be more inclined to extend his deal. In addition, we’re also more likely to have more funds available to offer him a better deal to keep him with the Lilywhites.

These are, of course, all hypotheticals. There is no guarantee we will get promotion next year. There is also no guarantee that any club will meet our valuation of the defender this summer and therefore he may not leave. He may also decide to commit his future to North End regardless of where we are in the Football League and try and help us reach the big time.

It remains up in the air but one thing is certainly clear – Ben Davies is an extremely talented player and we would be best served doing whatever we can to keep hold of him for as long as possible. Whether that can be achieved with big Premier League clubs sniffing around is another matter.

Do you agree? Do you think we should cash in on the centre-back or keep hold of him this summer?