PNE Striker Situation – Who should Preston target this summer? 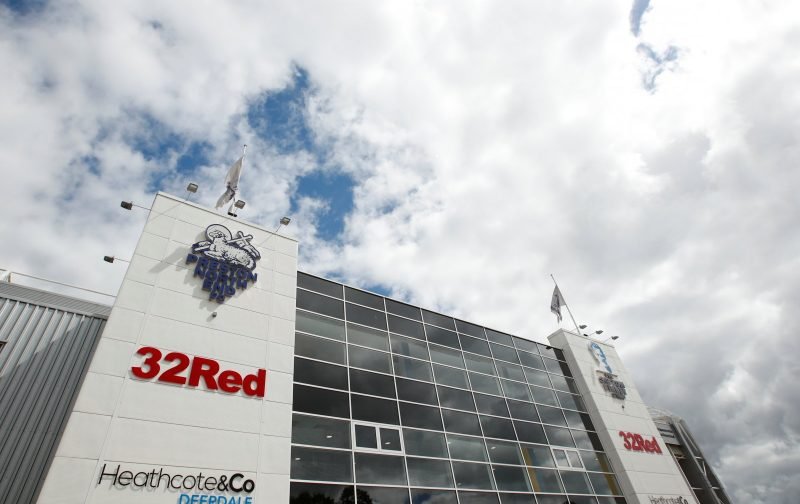 It is, by now, well established that Preston North End need to target a striker during the transfer window.

To anyone outside the club, things might seem rather rosy in terms of performance and goalscoring. Preston finished in ninth place in the league and bagged 59 goals, more than Millwall and Forest above them and battled for a top six place right up until the final few weeks of the season. In all fairness, the club has been heading in the right direction under Alex Neil.

Fans of the club though will know that changes are needed upfront. For SEVEN months of the season, not one striker bagged a single goal for the Lilywhites.

The four main attackers at Deepdale all struggled to score on a regular basis over the course of the year and reinforcements will be needed.

Louis Moult scored in the club’s 3-0 win over Wigan at the beginning of the season but was subsequently injured for the rest of the campaign and is only now returning to training for the club. David Nugent, who made the return to Deepdale amongst plenty of hype last summer, played 25 times for PNE in all competitions. Although most of his showings were mainly off the bench, he only bagged one goal in the league all year.

The two regular starters for the club, Seani Maguire and Jayden Stockley, managed just nine goals between them in a combined total of 78 games in all competitions. It led to winger Tom Barkhuizen being tried up top and even he managed more goals than any striker, bagging eleven in all competitions.

It’s evident then that this summer, Alex Neil will have to target a fresh face up front.

Don’t get me wrong, there were flashes of brilliance from both Stockley and Maguire. During our 3-1 victory over Sheffield Wednesday, the former of the two came off the bench and performed superbly in his role as a target man. He was an immovable object and won everything in the air, helping us come back and win after being a goal down and even nabbing a goal himself.

Seani too has shown he is still capable at times this year. Most recently, during our last game of the season against Bristol City, he bagged his first goal since 2019 and was arguably one of the best players on the pitch.

However, it would be naive of Alex Neil to think we will be ok to stick with just our current options in the striking area, especially after the lack of goals from our forwards throughout the 2019/20 season. So who should we target?

I’ve tried to pick different types of players we should consider, from optimistic signings to more feasible targets, with both some good and bad points about each. Let us know if you agree with our choices.

This might be a LITTLE bit of a stretch (as are a few of these options to be honest but we’ve got to be at least a little bit optimistic) but Balogun could be a great loan signing at this level.

The striker could be shipped out on loan to further his progress, as the 19-year old is still yet to make his first-team debut for Arsenal. He’s played in the EFL Trophy for the club’s Under-21 squad and frequently plays for the Under-23 side in league games, where he has 16 goal contributions in 29 games.

He’s getting to an age now though where he’ll soon need regular first-team football at a higher level and we could be the team to offer it to him. Although he’s unproven at Championship level, it’s clear that the youngster has talent. Take a look at any of his finishes for the club and you’ll see that he carries a great finishing and poaching ability, as shown by his average of nearly a goal or assist every game during the 2019/20 season (0.97). If he could carry that over to Deepdale and Championship football, he would be a great addition.

However, there are a few stumbling blocks. Namely, the fact that he’s already attracting interest from clubs higher up in the rankings than us. Brentford made a bid for him back in January only for it to be turned down, so there is every chance that they’ll come in for the striker again. Not only that but, according to the Daily Mail, he could be a potential target for Southampton and if they were willing to offer him first-team football, then of course that would be a more attractive proposition.

Add in the fact that Arsenal may add in a stipulation with any loan move – probably one that would require him to feature in most games – and it means a deal might be unlikely. If there is a chance that we could secure a move for him though, it could be beneficial to both us and the player himself.

A more realistic prospect is perhaps Ellis Simms, who currently plays for Everton. The 19-year old is another young prospect who is yet to make his first-team debut for the Toffees. He has though featured on the bench for the club and has impressed at youth level.

He’s another youngster who has a fantastic goalscoring ability, bagging a whopping 41 goals in just 44 games for the club’s Under-18 side. If you consider his assists too, he has 44 goal contributions in 44 games, which goes to show that he is not only a fantastic finisher but also has the hold up play and vision to assist his teammates when needed.

He has the size on his side too. Alex Neil likes a target man and Simms can be all he wants and more. He stands at 6-feet tall and would slot nicely into the current system at PNE.

There are though, two issues with the striker. The first regards his club and whether or not boss Carlo Ancelotti will let him leave Goodison Park on loan or whether they plan to play him themselves and would like to keep him in and around the first-team squad. If that is the case, then a move would be off the cards.

The second issue regards his performances for the Under-23 side. Although he ripped the net pretty much every game for the club’s Under-18 side, he hit the net much less frequently for the Under-23s. He’s featured 24 times but scored just nine goals. It isn’t an awful record by any means but does it mean that he still needs time to improve as a player before featuring more prominently in a first-team role?

Still, if a loan is doable, it could be a risk worth taking for North End.

The 31-year old has left Derby after seven years and 186 appearances for the club and is now on the hunt for a new challenge. Could that challenge be at Deepdale?

The striker featured in 38 games for the Rams in all competitions during the 2019/20 season and bagged 12 goals. In fact, he had the best goals per 90 minutes ratio (0.47 per 90 mins) out of anyone at the club. And yet, the forward now finds himself without a team.

If Neil was backed and did bring in Martin, it would be an impressive signing for PNE. Yes, he isn’t the youngest player and doesn’t quite fit our usual philosophy but he is well-proven at Championship level and could be the type of consistent goalscorer that we need to take us to the next level.

The issue here is the cost. Trevor Hemmings already took an expensive risk in bringing both David Nugent and Scott Sinclair to the club in the last two transfer windows and it isn’t impractical to say that the risk didn’t pay off with the former, while the latter has yet to fully make an impact.

However, if the player could take a pay-cut and Hemmings could stump up the cash, then it would be an astute signing for the Lilywhites.

The ‘in our price-range’ buy – Jonson Clarke-Harris

Clarke-Harris has long been linked with a switch to Deepdale, with the most recent interest reportedly coming back in January.

He’s certainly on the club’s radar then and Neil must like what he sees to continue scouting the 25-year old.

It’s no surprise considering his record in League 1. This year alone he had 19 goal contributions in 35 games and has impressed many in the third tier, as he has established himself as one of the best forwards in the league. It’s caught the eye of not just Preston but of several other Championship-level teams too.

He could command a seven-figure fee but North End have shown more of a willingness in recent transfer windows to adapt to the times and spend a bit more cash when needed (Tom Bayliss for example).

The only question mark surrounding a purchase, apart from the potential transfer fee, is whether he could cut it at a higher level. In his previous crack at the Championship for Rotherham, he played 50 times but managed less than ten goals. Albeit, he was still only young at the time but the question does have to be asked of any player who has yet to test their luck in a higher league.

From his showings for Rovers though and considering he’s already been a transfer target for Alex Neil, it could prove to be a solid attacking signing – he just isn’t proven at this level and that is the only downside.

Another reach with this one but Dicko is currently a free agent and certainly capable of producing the goods.

The forward is still only 28-years old and provides an option both up-front and on the wing for any potential team. He’s notched over 50 goals in his career and has regularly scored in the Championship (34 goals in 160 games), Eredivise (four goals in 19 games) and League 1 (five goals in 21 games).

Maybe it’s his time at Wolves which has clouded my judgement as to whether he would be a decent signing for the club but if he could recapture that form, he would be a force to be reckoned with in the Championship.

It’s not like he’s slowing down either. His latest spell was on loan at Vitesse, where he still managed to contribute with a fairly solid five goal contributions in his 19 games.

However, Dicko is another player who represents a risk for what would be a big cost. He’s likely to demand a relatively big wage, he’ll no doubt have clubs from abroad sniffing around him and there is no guarantee as to which Dicko you would be getting – would you get the thrilling Wolves version of the forward or the one who failed to make much of an impact for Hull before being loaned out and, now, released?

If we’re forced to shop in the free agency market this summer due to restricted finances, then we could do a lot worse than the 28-year old. It’s just whether it would be too much of a cost and too big of a gamble for Alex Neil to take.

There are plenty of other potential young talents and free agents for North End to consider (I haven’t even mentioned the likes of Kenneth Zohore or Steven Fletcher) and this is just a small selection of potential targets to consider. It will definitely be a long – and knowing North End, unpredictable – transfer window that’s for sure. Do you agree with our picks or do you think we would be better served looking at other options? Let us know what you think!