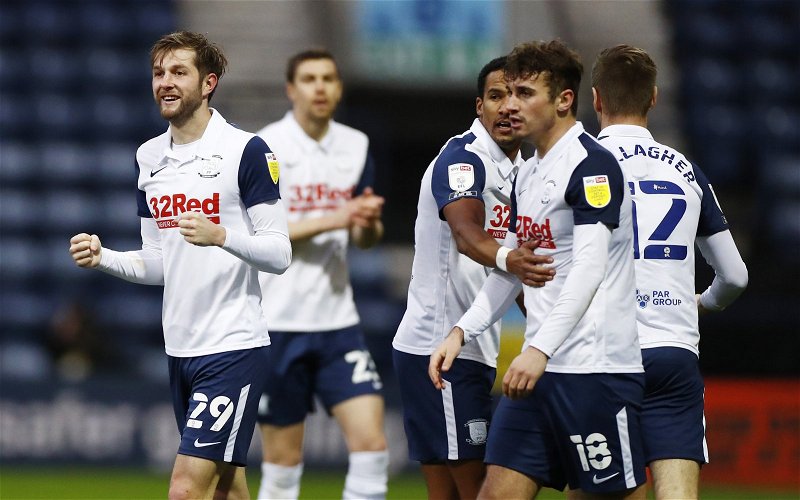 Preston North End had to settle for a 2-2 draw against Wycombe at Deepdale at the weekend – but very nearly found themselves without any points after a performance in which we struggled to control the game after Ben Pearson’s injury.

Despite the sides being rather equal at the beginning of the game, we managed to take the lead through a Tom Barkhuizen strike. We continued to create chances and arguably edged slightly in front until the worst possible thing happened: Ben Pearson fell to the ground injured.

It comes to light that the midfielder has rolled his ankle and it looks like ligament damage. He was forced to hobble off the field and was duly replaced by Josh Harrop (who has struggled for much game time this season due to an injury himself).

After the injury, it was downhill from there. Wycombe equalised shortly after half-time through Garath McCleary and it went from bad to worse when Gareth Ainsworth’s side piled on the pressure. Free-kick after free-kick ultimately resulted in the away side taking the lead through Scott Kashket.

What looked like an extremely bad day at the office from North End was saved by an own goal from Jason McCarthy three minutes before the end of the game that meant the points were shared.

However, performance wise it was a typically average home showing from the club as has tended to be the case this season. We remain one of the worst teams in the league at home and we didn’t help our case any at the weekend.

Was it entirely to do with the fact we were at home though or was it our own doing through our selection, tactics and, to give them credit, the performance from Wycombe?

Obviously we had no Patrick Bauer, which is naturally a huge blow. The German and Ben Davies are our main centre-backs and against Bournemouth had put in a superb showing. To see the BFG stretchered off and now ruled out for the season is a devastating loss for us.

He was replaced by club legend, Paul Huntington. That’s what he is to a lot of our fans – a Deepdale legend. That though cannot save him from the criticism which should come his way.

With Hunts in the side, we are significantly weaker in the heart of defence. Hunts is less mobile and no doubt weaker defensively in general now he is nearing the end of his career. In addition, his playing style means that we end up sitting deeper when the other team have the ball – something which again can cost us quite dearly and did do against Wycombe.

Browne was fine at right-back but obviously we’d be better served with Darnell Fisher there considering he is the natural RB of the two. The issue at full-back lies with Joe Rafferty, who isn’t doing himself any favours at the moment.

Rafferty does not progress the ball as well as Fisher, nor does he offer too much defensively. Teams let him play with the ball (as Wycombe seemed to do) as they are aware that he isn’t the best when taking to the offensive side of his game.

Add in the fact we also lost Ben Pearson (it could be seen as a cop out but any North End fan can see that he adds SO much to this team) and it means that our side was nowhere near the strength it could be and ultimately our side I believe was let down by the defence.

However, let’s give some credit to Sean Maguire. Coming back into the side against Bournemouth, he may not have scored but he offered lots in terms of chance creation and holding the ball up for his teammates. He did well again against Wycombe (at least in the first half) and it’s good to see him playing some decent football again.

Let’s also not rush to criticise Emil Riis. The Denmark striker missed a clear cut chance at the end to seal a (probably undeserved) three points for North End and many took to Twitter to criticise him for missing it. There’s no denying he likely should have buried the chance but the big forward has been brilliant at North End so far and offers pace, mobility and a strong aerial prescence to boot – so let’s not criticise him so early on.

Barkhuizen is also a man in form who continues to offer an extra threat in attack and although Scott Sinclair – as we have said on several occasions – can go missing in games for large periods, he too offers plenty in terms of that ‘finishing touch.’

If we take a look at the way our passing went during the game (thanks to Brad or @DymondFormation on Twitter) we can see that Maguire and Barkhuizen both offered us a lot going forward. They had a pass success rate of 77.3% and 72.7% respectively, with many of their passes being balls forward to try and help us push forward and attack. 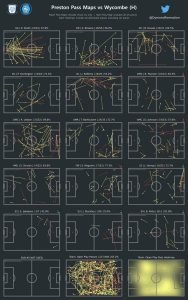 Ledson continues to be a man who we should utilise. 31/52 completed passes for the midfielder isn’t bad and if you take a look at where he attempted his passes, then we have to give him credit. Ledson remains one of the only players who continues to try and get the ball forward and into the danger areas, like the opposition’s area. As we saw with the own goal, if we don’t get the ball in the area then we’ll struggle. At least by trying to get it into an area where we could do damage, it could pay off.

On the flip side, take a look at Joe Rafferty. He had the worst pass success rate of anyone in the side (bar Riis and Stockley who were both subbed on later on in the game) and most of his efforts to get the ball down the pitch via the left channel were snuffed out – so it’s no wonder Wycombe ultimately let him have so much of the ball.

So, what can we take from the draw? We need defensive recruitments for starters or at least to switch it up defensively. Joe Rafferty cannot continue to start week-in and week-out for us without question if he continues to offer very little going forward (something that is important to our style of play) and then falters defensively. With Josh Earl and Andrew Hughes both injured though, we may have no choice until either return or we reach the January transfer window.

We also need to recruit another centre-back in January. That much has become evident now. We cannot rely on Huntington when we encounter an injury or suspension as we have in the case of Bauer. Jordan Storey has shown flashes of brilliance and is still young and will no doubt improve even more as a player (we at Vital PNE personally really like the youngster) but he’s also been at fault for a number of goals this campaign.

Therefore, we’ll need defensive recruits as soon as possible (or at least for our more established starters, if you can call Andy Hughes that, to return).

In attack, I’d like to see maybe a Riis and Maguire partnership too. Daniel Johnson looks VERY likely to be off in January (judging from this interview, it seems to me he already has his eyes on a transfer) so dropping him and playing two strikers in a different formation could be worthwhile. If not, then we should certainly think about playing Harrop in that central role for the time being (although you cannot tell which Harrop will turn up on a week by week basis).

Do you agree with our views? Or do you think we’re way off? Let us know via our social media on Twitter @VitalPNE. 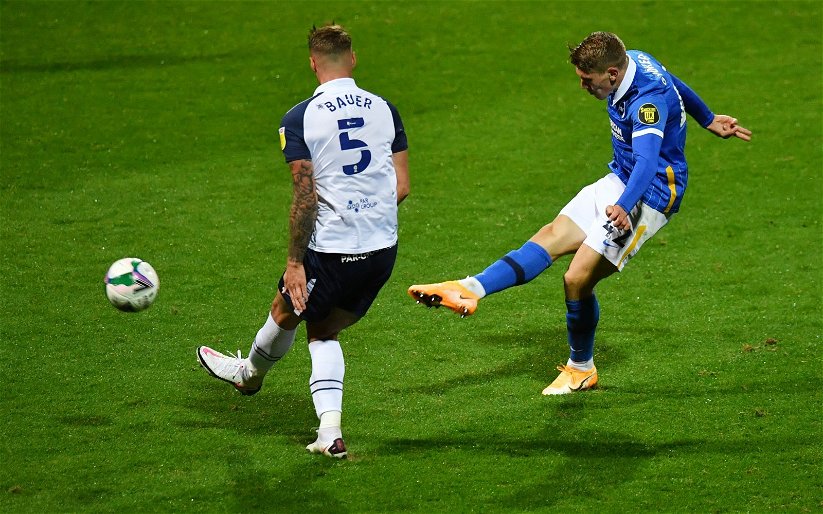 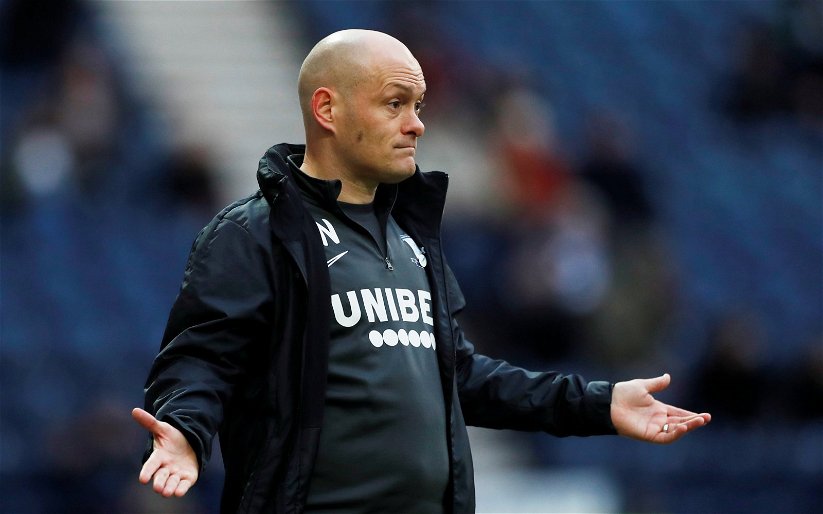 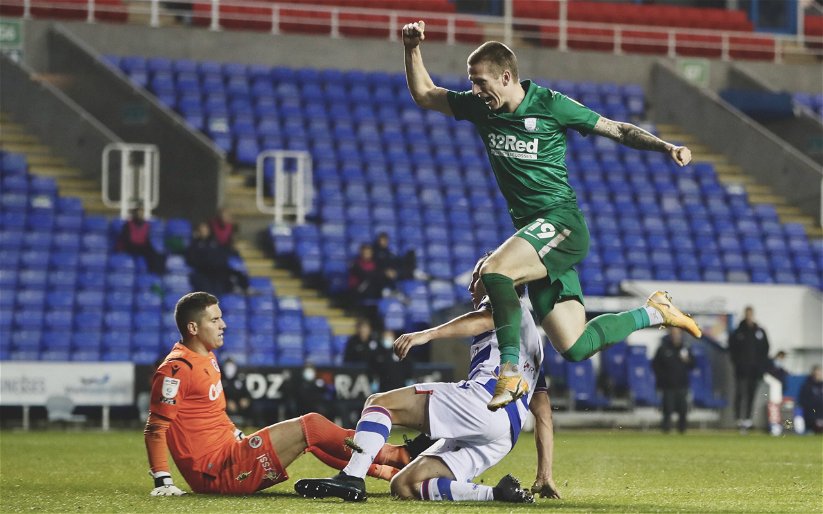