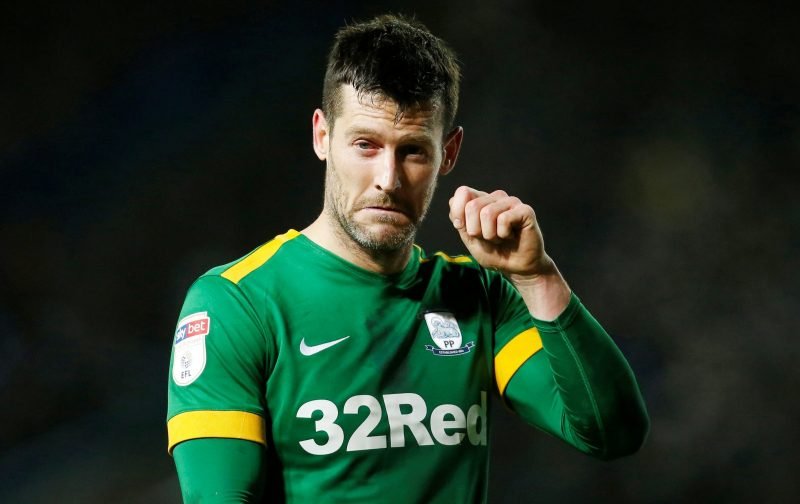 Preston North End are still yet to make a signing this summer, even though the new season is now underway.

The Lilywhites went into the off-season knowing that one of the most important positions that would need filling is striker. Louis Moult averaged the most goals per 90 with 0.87 of any of our forwards and yet he spent the season out injured.

In fact, all four of our strikers (Seani Maguire, Louis Moult, Jayden Stockley and David Nugent) only managed a total of 11 goals between them during the 2019/20 campaign. It’s an area that certainly needs improving and one that we know manager Alex Neil is definitely taking a look at.

As of yet though, none have come to fruition. The same can be said for our full-back and goalkeeping positions. Some have questioned as to whether Andrew Hughes at left-back is still good enough to hold down a regular place and there have been rumblings about Darnell Fisher and whether he will remain at the club (the player himself rubbished these reports but the rumours continue). If that is the case, it could be a position we do need to strengthen.

As for a shot-stopper, regular number one Declan Rudd has been ruled out through injury during pre-season and missed the opening game of the season against Swansea. It left North End with Connor Ripley  in goal and although he has shown signs of promise in pre-season, the former’s last performances in competitive football left a lot be desired. Thankfully, Rudd came back into the side for our win over Derby but if he isn’t fully fit, then we do need a stronger backup option.

The club’s issue doesn’t necessarily lie with our budget though. Yes, it is well established that we have a modest budget and we still haven’t broken our long-standing transfer record of £1.5m (which goes to show how little we spend on players). However, it seems as though the lack of transfer action could actually be down to the squad sizes that are in effect.

PNE are only allowed to register 25 players for the new season (not including Under-21 players). With the squad size currently at that limit after Josh Ginnelly left on loan, it means players are going to have to be shipped out before we make any signings.

Therefore, in this article we take a look at what players we think we should shift out of the club in order to bring in the players we need (in other words, it’s a plan to kick-off our transfer activity so I hope you’re reading Peter Ridsdale!)

We do have one issue to mention before we talk about ‘ideal’ losses and signings. It’s all well and good us saying we need to sell certain players to be able to bring in fresh faces but in terms of key players, we may not have a choice in terms of who we lose.

Any North End fan would be distraught to lose one of ‘the big four.’ They are Ben Pearson, Ben Davies, Daniel Johnson and Alan browne. Two of those players are currently being heavily linked with a move away from Deepdale and although it would free up both the space and funds for us to bring in new players, these are certainly players that nobody wants to see the back of.

DJ is a wanted man, with Rangers ready to make a bid for his services this summer. Reports claimed that a £2m bid has been launched for the attacking midfielder but that the fee is not enough to prise him away from Preston.

PNE fans were in dismay when he didn’t feature in Alex Neil’s first match day squad of the new season and it only further fuelled rumours that he would be leaving. However, he appeared on the bench for our game against Derby in the Carabao Cup and even came off the bench to bag the winner from the penalty spot.

It’s eased the worries for now but Steven Gerrard is definitely keen on the Jamaican and it is likely to be the last we hear of a move to take Johnson to Scotland.

As for Davies, rumours initially emerged of him leaving the club to join league rivals Bournemouth. However, latest news articles are claiming that he too could be off to Scotland with Celtic keen to sign him.

If we lost either of these two, it would be a massive blow. Johnson was our top scorer last season and is such an important part of the way that we play. Davies too is calm and collected at the back and one of, if not our best, defender. If either was to leave, we’d no doubt have more money in the coffers (whether we would spend it is another question entirely) and would also free up squad space but I’d much rather keep both than have either leave, as would most North End fans. However, it’s worth a mention when discussing space in the squad as rather than losing ‘ideal’ players to free up room for more players, we could in fact be losing much more important players.

Our main area of concern is up front. We are in desperate need of a new finisher, one that can at least bag goals on a regular basis. Obviously, they aren’t easy to come by and they aren’t cheap either but we certainly need to take the leap and invest in a striker who has the POTENTIAL to bang in the goals.

To do this, we’re going to have to lose a forward and, despite his rich history with Preston, I think we all know who needs to go.

David Nugent hasn’t had the desired impression on the team since rejoining last summer and he’s unlikely to start games if he was to stay at North End. In fact, with many better options available on the bench, he might not even get a showing as a substitute.

Therefore, it’s probably best for all parties for Nugent to leave. There have been reports that he could be on the move to Northampton and there are plenty of other teams lower in the footballing pyramid that could benefit from his experience and hold-up play.

The only sticking point now is finding a club to take him. He remains at Deepdale and although it’s now public knowledge that we are willing to offload the striker, we are yet to have any official bids. The news that he has spoken to Northampton though means a move could certainly be on the cards soon.

That would enable us to then bring in a forward to replace him. As for what forward, that’s completely still up in the air.

We’ve been most heavily linked with Aston Villa striker Keinan Davis. The forward has been linked with a move since the beginning of the transfer window but no deal has materialised. With Villa signing new strikers, it has paved the way now for a move to happen.

In addition to this, reports from the Birmingham Mail are claiming that Villa have offered Davis a new deal at the club. By tying him down to the club for the foreseeable future, it means that he should now be able to go elsewhere to continue his development, knowing that he will eventually return to Villa Park.

There has also been talk of a new bid for Macauley Bonne from an unnamed Championship side. Are we that club? Although the bid has been rejected, if it is us, then we are certainly making strides in the right direction by at least making solid efforts to bring striking reinforcements to the club.

We know who needs to go, the issue here is getting him gone and then actually finding someone worth bringing in. Nobody seems to be biting in terms of a deal for Nugent and until we can offload him, we may struggle to bring in the striker we need. Once one domino falls though, the rest will surely kick into action.

I hate to continue to mention about Ripley – especially considering he fared ok for us in pre-season – but when it comes down to it, can we really trust him between the sticks at Deepdale?

It luckily seems as though Rudd is back available for PNE now but we don’t want to be in another situation where we have to rely on either Ripley or Hudson.

It’s rather the opposite for Ripley. He hasn’t had much gametime since his move to the club but when he has been given competitive action in the cups, he has not exactly set the world alight. In fact, a lot of Preston fans have already turned on the former Middlesbrough man.

Therefore, it might be best for both parties if we let go of Ripley and keep Hudson. That way we can replace the former with a better standard of shot-stopper, who would provide healthy competition for the number one jersey that Declan Rudd currently holds.

It would also allow Hudson to potentially leave on a short-term deal to get more first-team action and further his development because if we have a better number two, Neil will trust that backup more if Rudd was unavailable and there would be no need to keep Hudson ‘just in case’ the number two flops and we need to turn to him.

I was well-prepared to plan for life without Darnell Fisher but I can’t bring myself to do it. It looked as if he might be on his way out but, as mentioned, he has rubbished those claims and even came back from injury and impressed in the cup against Derby.

As for left-backs, Andrew Hughes can be hit and miss and while another full-back wouldn’t go amiss, Josh Earl is now ready to make that LB spot his own AND Joe Rafferty remains both available and a solid option if needed.

If midfielders left, would we really need to strengthen there too? There isn’t anyone in that midfield that I would want to get rid of and although Pearson or DJ would be a big loss, I’m confident that we already have solid replacements already in the squad with the likes of Harrop, Bayliss and Ledson.

There may be room for a winger but who would leave to make the space? Billy Bodin hasn’t been given a true chance to shine and I think he is well capable of stepping up and playing well when needed. Sinclair can have games where he offers very little but then he will pop up with a key goal and it’s clear to see he does have that clinical finishing ability that we need and Barkhuizen is a hugely underrated player and is arguably one of our most important players both in terms of goals and attacking play.

Our most important plays now need to be clearing out the striking deadwood and shipping out a reserve goalkeeper to enable us to bring in better competition in that area. We then need to go shopping for a striker who can offer us more goalscoring wise (even if they just have the potential to become a good striker and aren’t already proven because it’s unlikely we can afford one) and bring in a reliable number two.

Agree with our thoughts? Let us know on @VitalPNE