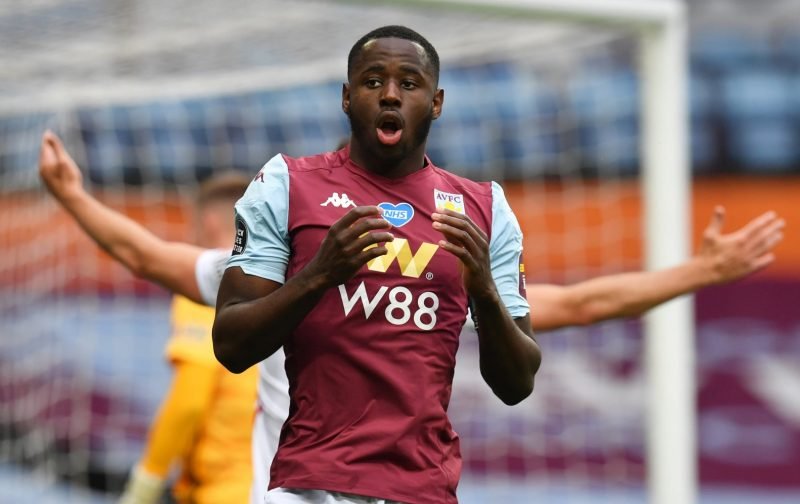 Another week and even MORE players are being linked with a transfer to Preston North End.

After going a few weeks since the end of the season with not even a whisper in terms of potential incomings (or outgoings), the rumour mill is in full force now. We’ve been linked with no end of strikers, new centre-backs, a right-back and even a few midfielders – the only position we haven’t had a rumour for is a goalkeeper!

However, despite all these rumblings of potential dealings, we still have yet to make a single signing ahead of our first friendly of the pre-season against Salford City on Saturday.

In our second transfer rumour round-up, we have a browse of the latest news sources, report back on journalist claims and take to social media to bring you all the latest news regarding potential signings.

We want Josh Windass…and then we don’t

The biggest transfer news coming out of this week might also be the quickest to have materialised and then been rubbished, considering the fact it all happened within the space of about an hour or so.

After no prior reported interest, news suddenly emerged from Wigan Today that Alex Neil had met Wigan’s valuation for the player and was ready to battle Sheffield Wednesday and another unnamed team in a bid to secure his services.

We, and many other North End news outlets, all prepped different articles ready to give PNE fans the latest info regarding news on the attacking midfielder and what he could bring to the table at Deepdale.

However, by the time we’d finished writing up the details, the Lancashire Evening Post had rubbished these reports through Peter Ridsdale himself. He stated that the club are ‘100%’ not interest in bringing Windass to the club.

I know Wigan fans have been quick to criticise the former Rangers man (using some rather choice language to boot) but he certainly hasn’t proved to be a bad player in the past – in the 2017/18 campaign, he bagged 20 goal contributions in 30 games for Rangers – and as an option up-front, he could have been a cheap but effective signing.

The original reports claim that Latics still owe £500,000 to Rangers as part of the original deal to take him to the DW Stadium. That means that any potential transfer could be done for a cut-price fee, especially considering the fact that Wigan are also now battling administration and need to offload players.

That means a deal could have been done within our budget and could have provided us with a decent option in our forward line. However, it instead looks like his destination will be Hillsborough.

It’s yet ANOTHER striker and ANOTHER young, Premier League talent that is being linked with a loan switch to Deepdale.

The source is, to be honest, less credible as it comes from journalist Alan Nixon.

The striker does fit the mould of an attacker who would fit the system that Alex Neil wants to use. In his 18 Premier League games last season, not only did he win 1.5 aerials on average but he also had a 70% successful dribble rate and a pass success rate of 73.5%. It shows not only is he effective in the air if he had the ball lumped to him but he can hold the ball and use it himself, as he is both mobile and capable of holding up play and bringing others into the attack.

The only issue is in terms of his goalscoring and playing time. Any striker we sign would need to provide the goalscoring touch we have been sorely lacking and in 18 Premier League games for Villa last season (albeit only four starts) he didn’t score a single goal. He also doesn’t have much, regular, first-team action under his belt.

However, he turns out to be anything like Callum Robinson was, it could be a risk worth taking. For more information on the report and some details about the player, you can read our more in-depth Keinan Davis article here.

This is the first outgoing rumour of the article and it’s the one that provides the most pain to us to write in an article. The defender is in the last year of his North End deal and it was always going to be a worry that he decides not to sign an extension and instead tries his luck elsewhere.

Recent reports have suggested that the 25-year old could be on his way to Leicester City in the Premier League if Jonny Evans decides to leave the King Power Stadium.

If that is the case, it would be a massive move for Davies. Leicester are a top six side and will play in Europe next season and it would give the player a chance to prove himself at an entirely different – and higher – level.

You couldn’t blame him for leaving but I know that deep down, all of us are definitely hoping he commits his future to us instead and perhaps leads us into the Premier League for the first time in our history.

No official bid has been made yet – and the source itself is The Daily Mail, so take from that what you will – so, for now, we can keep on hoping that he will soon agree a new contract at Deepdale.

For more information about the Leicester reports and for some stats and the potential scenarios for the defender, read our full article on the rumour here.

Macauley Bonne is a no go

This is another rumour that was proven to be false. The forward was initially linked to the club on Twitter and, as the talking about a potential move for Bonne grew, The Sun eventually claimed that PNE were indeed ready to make a move for him.

However, with several other clubs also keen to keep the Charlton player in the Championship, the Lancashire Evening Post rubbished the reports that we were one of the teams in the running for him.

Again, Bonne would have proven to be a bit of an astute signing if we did bring him to the club. The initial reports suggested we might land him for around £500,000, which is well within our budget and good value for a young player with raw talent and goalscoring ability (he scored 11 goals in 26 starts in the Championship for Charlton last season and averaged a goal every 214 minutes).

The forward does look likely to stay in the second tier of English football though, with Derby among a number of clubs still actually interested in him.

Taking to Twitter (and the infamous #pnefc hashtag) sees several other rumours about players coming to Deepdale. Of course, there aren’t credible sources (all talk on Twitter tends to be plucked out of thin air or comes from ‘someone’s cousin who knows a Preston director’) but it’s worth pointing them out as part of our ‘rumour’ round-up.

The first rumour currently coming off the hashtag is Cauley Woodrow of Barnsley. It’s suddenly appeared out of literally nowhere and looks unlikely considering the potential fee that Barnsley would ask for him.

Considering his experience and proven capability in the Championship though – he scored 14 goals in 37 starts for a team struggling at the wrong end of the league – it would be a superb signing for North End though. He’s 25 and in his peak years and could provide the goals that are very much needed in our squad.

However, it does come down to the transfer fee at the end of the day and I cannot see Barnsley letting him leave for anything in our budget. In fact, I’d be surprised if any move for the striker wouldn’t break our current transfer record (transfermarkt values him at £1.44m but I could see him fetching double that amount).

As for the other rumour, there is TONS of talk about Johnson amongst Lilywhites fans on social media. As many have been quick to point out, he has also followed the club (and numerous PNE news outlets) on Twitter, which has only given these rumours even more traction and got even more people talking.

Right-back doesn’t seem to be a position that Preston need, with Darnell Fisher having made the position his own since his move from Rotherham. In addition, Joe Rafferty has also proven he is able to stand-in when needed there.

Johnson though would be a solid signing considering his age, ability for growth as a player and the fact he has already proven he is well capable at League One and League Two level. Add in the fact that he could be available at a short price and he has all the makings of a shrewd signing for the club – that is, if these rumours turn out to be true but with no source so far, they can only be considered pure rumour.

The final player in this list is another outgoing. Goalkeeper Connor Ripley has struggled to feature much for PNE since his move from Middlesbrough back in 2019 and has found himself stuck on the bench.

Once again, journalist Alan Nixon took to Twitter to claim that Salford City were keen to bring the shot-stopper to the club on loan. Again, although not entirely credible as a source, a move does make sense.

The goalkeeper will want more gametime which he could get further down the football pyramid with Salford, while the League Two club are eager to bring in a new number one.

As of yet, there appears to be no official loan bid tabled for him and there is no other source claiming that this move is going ahead but it could be a move that could benefit both Preston and Ripley.