Is the pressure on Preston boss Alex Neil justified? 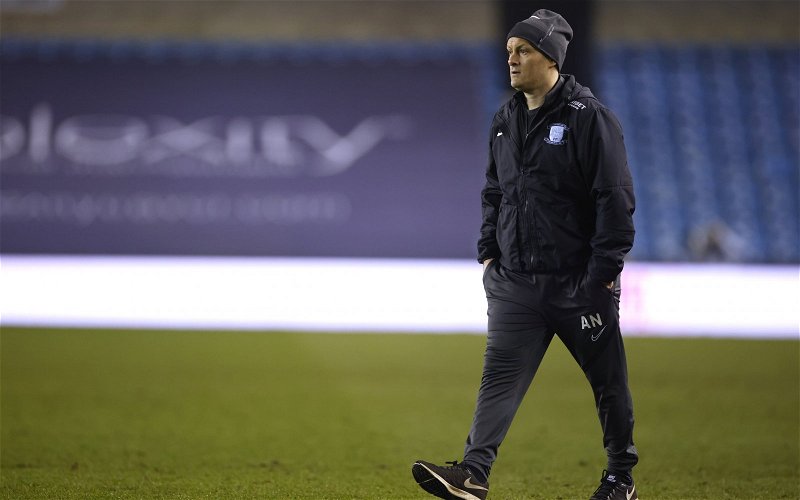 It seems as though Preston North End boss Alex Neil has been under more pressure this season than any other in his tenure at Deepdale so far.

Fans of the Lilywhites have been relatively happy with the former Norwich City man being at the helm over the course of the past four seasons. It’s no surprise either considering he has led us as high as seventh place, only just missing out on that elusive play-off place.

This year though, it’s been somewhat of a different story.

Neil has struggled at spells throughout the course of the campaign. PNE supporters in the Neil In camp will turn and blame the high turnover of players, heads being turned and injuries as to the reason why things haven’t been as successful as of late (and let’s not forget the modest budget too). Supporters in the Neil Out camp claim that despite the turnover, he isn’t doing enough with the players at his disposal, has been poor with his in-game management (namely his use of substitutions) and his seeming uniwllingness to include and drop certain players.

The question is, which camp is the right one to be in? Why is Neil under increasing pressure and is now the time to pull the trigger on him?

The thing is…there isn’t a clear-cut, right answer. It’s largely down to a number of the aforementioned factors as to why we have struggled so much this campaign.

Understandably under pressure due to league position – but is he a victim of his own exceptional performances?

It’s fair enough that Neil should be under pressure but it’s probably his own doing. His massive over performance with North End and countless top-half finishes has created an ideology around Deepdale that we SHOULD be competing in the top half every season. He has created that mindset by himself. The issue is, now that a number of teams are spending bigger and wiser, we’re finally being overtaken.

This year, we’re currently sat in 13th place. On first glance, it doesn’t appear too bad. We’ve lost only two of our last five games, beat Huddersfield Town comfortably and just drew with Bournemouth who are challenging for a play-off position. However, look deeper and we have one of the worst loss records in the league (with 17 losses, only Bristol City are higher than us in the league with a worse record) and we’re extremely inconsistent. In addition, the teams below us have games in hand. Luton Town, Blackburn Rovers and QPR have all got one or two games in hand on us and if they were to accumulate wins in those games, we could drop as low as 16th. We’re also closer, in points difference, to relegation than to promotion (albeit that could change on a dime, this is the Championship after all).

So perhaps the pressure is understandable considering the lofty expectations Neil has set for himself but considering our budget and spending compared to the rest of the league, is it really justified?

He’s been regularly overperforming. Should a team like us, who are only now spending anywhere near our extremely low transfer record of about £2m, really be expected to be competing for a top six spot with the likes of Swansea, Brentford and Cardiff? (who remember were in the Premier League not that long ago and have benefited from the payments that came with it)

You could argue that Barnsley are current proof that a good manager and the right spending can get you fighting towards the top end of the table despite your budget – but that was us not long ago and after some astute spending and with a good combination of players (whilst holding onto some of their assets) it is all coming together at the right time. Our new signings have rarely had chance to gel yet.

We’ve made great signings so arguably should be competing – but is it unfair to expect them to be gelling so soon?

Fans can point to the fact he is working with a solid group of players after a solid January transfer window as to a reason why he should be playing better too but with such a large turnover of players (not to mention the loss of star performers like Ben Pearson, Darnell Fisher and Ben Davies) surely it is unfair to think that the new signings and squad can gel instantaneously?

It isn’t just a selection of squad players we have lost. We have lost pretty much half of a solid first-team backbone during the winter window. Ben Pearson controlled our midfield on a regular basis, Darnell Fisher was a bombarding right-back that was potentially our best full-back and Ben Davies had emerged as a sold, leading centre-back in the league. To have to replace them and expect instant results is perhaps naive.

Ben Whiteman is a fantastic signing and is already proving to be an astute addition, Sepp Van Den Berg has been shoved onto the right and is working wonders so far and Liam Lindsay has put in shift after shift in defence since his move. Let’s also remember that Ched Evans was innately an Alex Neil signing – he wanted Evans and despite the protestations and the claims he wasn’t good enough, he’s so far proven everybody wrong and it was Neil who believed he was the right man for the job. Surely that has to count in his favour.

Having been backed in January, he has proven that he certainly knows a player – look at Anthony Gordon, Ben Whiteman, Daniel Iversen and Ched Evans as just four examples. Other signings previously may or may not have been down to Neil and he hasn’t picked perfect players every time but finally given the chance in January, we cannot argue that he hasn’t signed a good calibre of player.

Is there a lack of an in-game identity?

There is one potential issue – despite all of the exceptional signings, it seems that recently we have struggled for a bit of an in-game identity. We’ve flip-flopped between different tactics and formations with various different playing styles. Some have worked but then failed a week later. His in-game management has also been questionable at times, with Neil choosing not to switch things up until later on in a game over recent weeks despite clearly having tired legs on the pitch.

This could be down to the previously mentioned issue – there was uncertainty before January with a number of key players out of contract in the summer and perhaps heads being turned. A number of important players weren’t sure where the future lied for them. However, January ironed out those issues so there is no longer that cloud of uncertainty hanging over the squad’s head. This meant that players potentially weren’t playing to the best of their ability.

After the winter window, some players left and others agreed new deals. With the squad sorted and overhauled, they can truly kick on now. The issue is that due to it being in the middle of the season, it perhaps hasn’t given Neil much time to work out his best formation, tactic and preferred eleven. A lot of these signings are also on a short-term basis too – which means more work will be needed in the summer.

Give them a full off-season and potentially then it could give us a true reflection of how Neil can work with this current squad.

There is no denying the football has looked stale and unwatchable at times, with North End sometimes looking tired and bereft of ideas. It’s most frustrating that we can go from looking exciting and beating Blackburn to being thumped 4-0 by Cardiff and looking toothless. Does Neil need to be given time or has he done all he can with the squad he has?

It doesn’t make for great watching but maybe Neil has earned the benefit of the doubt from us. The football has, at times, been some of the worst during his tenure but he’s also produced incredible moments like the Brentford game. His showings in previous seasons have proven that he is capable of delivering good football and good results – it is just whether he can return us to that level and the only way we can see that is by giving him time, something that he likely has earned from us.

Give Neil the funds and capability to rework the squad over the summer and then, after a full off-season, have a crack at it next season. It’s highly unlikely we’re going to be doing anything but sitting in mid-table mediocrity this season so perhaps the best thing to do is aim for next season as a chance to try and push on – or falter more and decide to let Neil go.

Are you Neil In or Neil Out? Do you think we should entrust Alex Neil to rebuild the squad over the summer or hand the reigns to someone else?