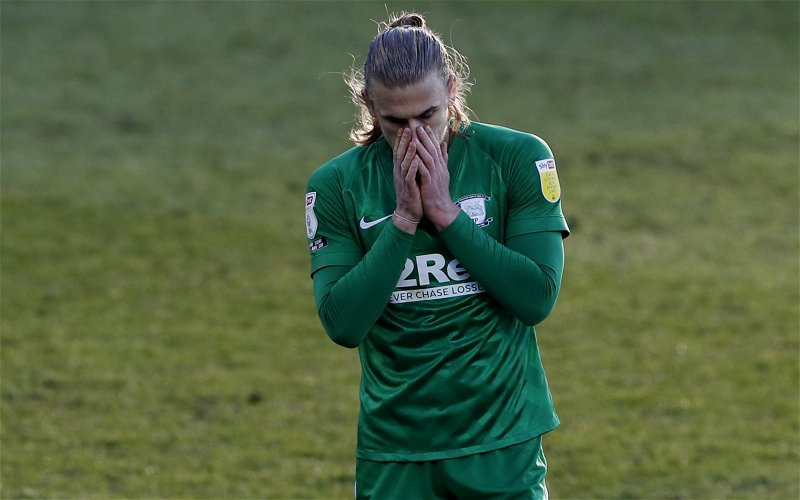 The last 24 hours for Preston North End fans have been unsurprisingly tumultuous after another defeat at the hands of Wycombe Wanderers.

Despite Alex Neil switching the team around for the Lilywhites game against Wycombe this weekend, he was unable to stop us from falling to yet another defeat at the hands of Gareth Ainsworth’s men.

Ryan Tafazolli scored the lone goal of the game in the first half and the home side looked largely the better and more productive team for the rest of the game.

North End just never really got going. We had the lions share of possession but when you look at the rest of the stats, it makes for bleak reading.

Wycombe had double the amount of shots on goal that we did and we also managed only one shot on target all game.

Daniel Iversen was arguably our most solid looking player – which goes to show how bad of a performance it was, not because Iversen is a bad player but because he had a lot more to do than David Stockdale in the opposition goal.

Hats off to Wycombe. They’ve taken the fight to us three times this season and have deserved the result they gained in each match. In fact, if you didn’t look at the league table, you’d think that we were the side sat rock bottom of the Championship and not them.

As for Preston – what now? What is going wrong?

We’ve posted a few articles now about whether or not it is time for Alex Neil to go – and we won’t make this another one. What we will do though, is show how the fans opinion of our gaffer changed overnight based on what was, realistically, a shambolic showing.

After watching that first half today I think it’s time for Alex to go. We’ve had a week off so there was no excuses against bottom of the league. It’s poor performance after poor performance and Neil isn’t getting the best out of the players we have, simple as that! #pnefc

Unfortunately, I think Neil's time is almost up. #pnefc

The January mini rebuild doesn’t fill me with any confidence that Alex Neil can take this club any further. He’d probably keep us in this division year on year but the football is god damn awful! Just lost total interest now #pnefc

That’s just a smattering of comments. A quick search of the hashtag on Twitter will show you just how many fans now believe it might be the right time to bail on the manager.

It’s wrong to pin it all on the boss – and like we said, we won’t turn this into another ‘Neil in or out’ article. However, that isn’t to say he is free from blame for yesterday’s woeful showing. He seems to be lacking an identity at North End and even he now doesn’t seem entirely sure what his best plan of action is. Has he thrown the gameplans out of the window in a desperate effort to try and get some wins on the board? Potentially. During the game, the style of play was woeful and we looked bereft of ideas.

It isn’t just the fact we’re losing but the fact we are losing with a whimper and not going down fighting. There’s been times at Deepdale where we have battled during a game and been unfortunate to come away having lost maybe 2-1 or 3-2.

These games though have left North End fans in no doubt as to who is more deserving of the win – and it isn’t us.

As mentioned though, it wasn’t just the boss. Some of the players themselves look like they are prepared to see out the rest of the season and sit in midtable bliss until the final whistle in the 46th game of the campaign is blown.

Seani Maguire returned to the side but didn’t have as much of an impact as he probably would have liked. Scott Sinclair, despite being our top scorer, was largely absent and didn’t complete a dribble all game despite being a winger.

Some players did an okay job in this rather lacklustre performance – Iversen is proving to be a solid goalkeeper, Sepp Van Den Berg is playing reasonably well and Ben Whiteman does have his flashes of brilliance (although yesterday was not his finest game).

Others though look unprepared for the fight. Andrew Hughes left a lot to be desired, as did Tom Barkhuizen.

All in all, it was a bad day at the office for North End but it is a sight that is becoming all too familiar at the club.

Most fans would probably be quite happy to see the season end tomorrow but, for now, we have to just hope for improvement throughout the rest of the season. Whether that is with Neil at the helm overseeing a squad overhaul in the summer or with someone else coming in and sorting us out remains to be seen.