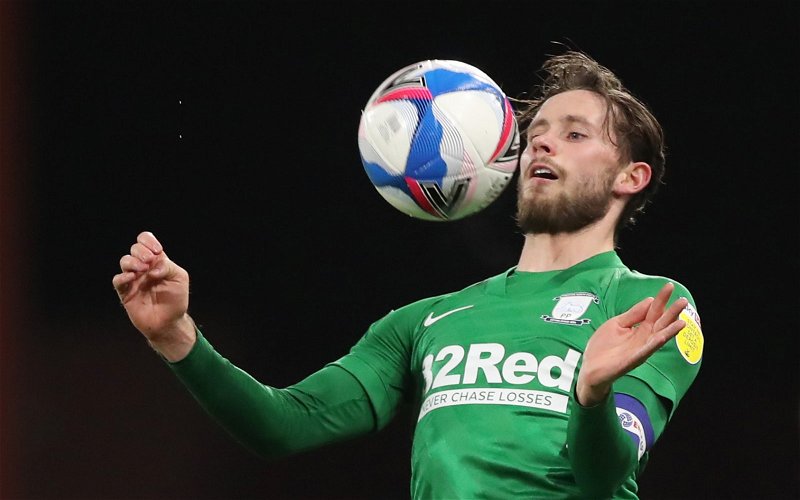 It’s been an up and down season for Preston North End this year.

We’ve seen the departure of long-serving manager Alex Neil and an upturn in form under Frankie McAvoy. We’ve also seen club stalwarts depart for pastures new (including one who STILL hasn’t featured for a single minute for his new side) and had new names come in and make an instant impression.

Although it perhaps wasn’t the season we all wanted – not least because of the fact we couldn’t attend any fixtures – the beginning of next year should spark perhaps some fresh hope and optimism under a new leadership team, with possible wholesale changes to boot.

That isn’t to say that our season was all bad. There were certainly some standout players in the mix, some of who will be hoping to kick on and make even more of an impression in the next campaign. Here then, is our Vital PNE Best XI of the season.

Iversen came in on loan in January and it’s safe to say that he made quite the impression for us. With Declan Rudd out due to an unfortunate injury, it left us scrambling to find a replacement shot-stopper.

He’s tall and imposing, claims the ball well and his saving ability has won us points on its own. Several times towards the end of the season he had to pull out a world-class save to keep us in a game or in the lead. After putting in some tremendous performances, he’s now a man in-demand.

North End fans are clambering to re-sign him on loan and it’s no wonder. Despite only joining in January, he was a contender for the club’s Player of the Season award. If he joins again, that would be a huge boost.

Another loan signing who came in and had the impact that North End would have wanted, the centre-back came in and although he didn’t hit it off at PNE straight away, he too quickly became a fan favourite.

Despite being signed as a central defender – his main position – he found himself utilised often on the right in the right-back position. Although it’s a position he hasn’t tended to play in much so far in his career, he adapted well and by the end of the campaign was putting in a series of solid performances. It was a positive considering our weakness in that position after the sale of Darnell Fisher and it’s led to him being another player we want to bring back on another short-term loan.

The player himself enjoyed it at Deepdale and we enjoyed having him here – so much so that he makes our TOTS despite joining in the winter transfer window.

Jordan Storey had to step up after the sale of Ben Davies in January and although he’s made one or two errors along the way, he remains a solid member of the squad and is growing with each game he plays. In fact, he’s improved that much that there is a claim to be made he could feature regularly again next season even if we sign more recruits.

He averaged just over two interceptions a game and over four clearances, upping his defensive work as needed while we’ve been left without many options at centre-back. A threat in the air to boot, he’s certainly proving to be a decent young player and earns his place in this side.

Yes, the now-Liverpool man left in January but it’s hard to argue against his inclusion. He gave his all in a North End shirt during his time here and we watched him grow from the left-back sent out on loan to Fleetwood into one of the most solid, ball-playing defenders in the league and one of our best and most important players.

In the games in which he featured before he left in the first half of the season, he was strong and solid at the back. When he didn’t feature in a game due to injury, you could tell he was missing from the side.

His ability on the ball in the second tier was one of the best (79% accuracy over the course of the season can vouch for that) which led to Liverpool signing him on the cheap in the winter window.

Although he has yet to even play a single minute for the Reds, he’ll no doubt shine for whichever side he next plays for.

The third player to make the cut in our best XI that only signed in January is Greg Cunningham.

Left-back is another area of weakness that we have struggled with and although the player has suffered with injuries both before and during his second Preston stint, he still brings a lot more to the table than others in the same position.

With the 30-year old in the side, we averaged 1.64 points per match – the third best ratio of any player in our squad. That’s because not only does he offer a good presence defensively with his tackling and tracking back but his work going forward too is also superb.

That’s why even though he is new to the side, he gets straight in here.

The rightful winner of the club’s Player of the Year award and a huge influence on us and the way we play now. People claimed that Ledson would be the eventual replacement for Ben Pearson – which is right when you consider his tough tackling and leadership skills – but he also has a bit of Paul Gallagher about him too in terms of his range of forward passing and helping with attacks for his side.

When he plays, he helps out more than perhaps anyone realises. Without him, we struggle to break up the play and look as exciting on the attack as showcased by his points per match ratio. With Ledson in the squad, we average 1.47 points a game. It’s the best record of anyone in the PNE team with over 15 games for the side and shows just how superb he has been this year.

It’s been a breakthrough campaign – and he looks set to remain one of our most pivotal players for a few seasons yet.

Mr Versatility himself (which is why we have slotted him in at CM), Browne has slowly established himself as a mainstay in the team. Need some help in attack? Browne has proven he can be ruthless in front of goal when playing further forward as an attacking midfielder and his link-up play is often tremendous, Need some help defensively? The Republic of Ireland international has also played as both a centre-back and a right-back and did just as good of a job there too.

Even though he can play well in a defensive role, it’s arguable that shoving him there is often a waste of his other talent such as his passing range and, ultimately, his goalscoring ability.

The 26-year old had less of an impact in the final third this year (but that comes largely down to the fact he was thrown all over the pitch due to player sales and injuries). However, when tasked with filling in wherever needed, he has often produced the goods. That is why he remains an invaluable member of the squad and a real leader and deserves his place in this side.

Scott Sinclair has been a bit of a mixed bag since his move to PNE. He’s very liable to go missing for 85 minutes of a game, with very little touches of the ball and very little dribbling for someone who plays on the wing.

However, his nine goals over the course of the 2020/21 campaign were more than any other player in the side, making him the club’s top scorer. Picking up the Lilywhites Goal of the Season gong too, he quite clearly still knows where the back of the net.

The frustrating thing about the player is his inability to get into a game at times and take control of it. The flair is there in flashes and the goalscoring touch remains – it’s just frustrating for fans that he can often go AWOL and can’t get a grasp on the games when he is a player who might be capable of changing a game for the side.

Because of his finishing touch, he bags a place in this side though.

Daniel Johnson has been another mainstay in the side for a number of seasons now and although he didn’t have his most productive campaign for Preston, he still earns a place in our best XI.

With four goals and three assists, he was one of the highest contributors of goals in the entire squad and his move forward as more a CAM has been beneficial to us and to him. When playing further forward with that extra bit of attacking freedom, he tends to excel more and his production can often be very valuable to us.

Add in the fact that he’s our penalty taker – and a cool, calm and collected one at that – and he bags this CAM spot.

Barkhuizen played in more games than any other player for us this season, featuring 45 times. Despite this, he had his least productive season since making the move to Deepdale. He still managed four goals and two assists but when he played so many games, you can see that he didn’t manage to hit the same heights during this season as other ones too.

On his day, he can be quick and terrify opposition defenders. The only issue is that he didn’t have as much of an impact as he would perhaps have liked against teams this season and didn’t have many of those days.

However, he is a figure who is often turned to in the squad and still contributes here and there so gets in over the other options.

When Evans signed back in January, it was met with uproar (ourselves included). Evans remains a character that really we shouldn’t be associated with as a football club.

In terms of his playing ability though, he has surprised absolutely everyone. Despite struggling to feature at League One Fleetwood Town, he came into the North End side and helped turn us around with his workrate and goals.

The 32-year old bagged five goals in total last season and managed one assist. His hold-up play was something we have wanted and needed from a striker for a while and it was that good, it earned him a full-time contract with us.

Out of the striking options available to us, despite the signing of Emil Riis and the return from injury of Sean Maguire, he looked like the one most capable of finding the net when given the chance. For that reason – and for his hard-work, he has to go into our best XI (despite the fact we still don’t really agree with his signing/association with North End on a whole).