Preston’s Transfer Window and Where to Improve 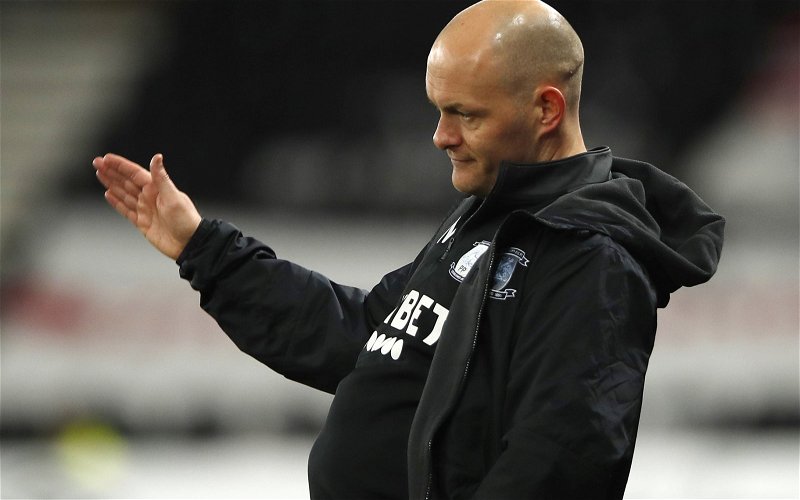 It’s been a busy transfer window for Preston North End for once, with plenty of incomings, rumoured signings and potential outgoings all in the pipeline.

The club have been quick to snap up a new goalkeeper, two midfielders and a striker so far and we are only halfway through the window.

That’s without including Alan Browne penning a new contract – news that we all met with jubilation – and without mentioning any of the out of contract players or the ones linked with moves away from Deepdale.

There is still plenty of the window left to do even more business and still plenty more that we think needs to be done too.

Here, we’ll take a look at (and rank) each signing so far, take a look at the rumoured outgoings and out of contract players and where we still need to improve at.

The Signings So Far

Molumby was the first signing to come in on a season-long loan from Brighton. The player is clearly talented at this level, with Millwall (his former club on a separate loan deal) desperate to bring him back to The Den.

Instead, the Republic of Ireland international chose Deepdale and we’re certainly glad of it. He’s solid defensively and possesses a superb passing range.

During his stint with the Lions, he proved himself to be a young talent with plenty of potential and if he continues to grow with us, then we will benefit enormously.

He’ll be a great addition to the midfield, especially if we lose Ben Pearson. We may have a stacked midfield already – and he may only be on loan – but he’s a terrific option to have if we need to turn to him, regardless of if it is short-term or not.

I’d rather not go into this one too much. It speaks for itself.

Iversen has had to come in due to the fact that first-team goalkeeper Declan Rudd is injured and is likely to be out for the rest of the season.

The on-loan shot-stopper looks a solid signing too, having previously played for Oldham, Rotherham and OH Leuven in Belgium.

He’s yet to test himself in the second tier of English football but he’s experienced in the Football League. In fact, he played 36 league games for the Millers as they finished second in League One – so he’s proven that he’s a higher end League One keeper at the least.

He could prove to be a decent addition but Iversen is more of an unknown quantity at this level and is therefore ranked lower than Molumby.

Ok, so Whiteman isn’t proven at Championship level like I said with Iversen. However, Whiteman is an exception to the rule.

He’s proven to be not only one of Doncaster’s best and most influential players but one of the best players in League One. Ask any Rovers fan about him and they’ll no doubt gush about the man who joined us for a significant undisclosed fee.

The midfielder offers so much in both defence and attack, as proven by his time at Doncaster. He loves to track back and pick the ball up in defensive areas before pushing his team forward by himself.

He also is so good in attack – nine goal contributions in 18 games for Doncaster this season as a midfielder only proves that. He can score, he can assist and his vision in setting up his teammates is well above the level he was playing at.

He is a great signing for North End and he’s still young and has chance to get even better with us. Well worth the fee.

There aren’t many official lines on player outgoings but there are indeed plenty of rumours around them.

The only official rumour regards Josh Harrop. The attacking midfielder has struggled with injuries and has therefore struggled for regular gametime with us. Reports are now linking him with a loan deal to Ipswich Town and talk on Twitter amongst fans mentioned Hull.

However, no official deal has been agreed for the former Man United man as of yet but a loan move could only benefit both the player and us as a club.

In addition, there are also a lot of Twitter rumblings (again it’s only Twitter talk so think of that what you will) that Jayden Stockley is nearing the exit door, which could partly explain the signing of Ched Evans – one sub option out and then one in.

Whether it is a loan or permanent switch is unknown but a few fans have mentioned a potential exit for the former Exeter man.

In terms of who SHOULD exit, there are a few names – but whether they’ll leave or whether they’ll exit in summer or at all is another matter. Billy Bodin is struggling for action and doesn’t really have a place in the squad anymore so should be shipped out, while Tom Bayliss could benefit from a loan switch too (but only if we don’t plan on using him, which I would rather us do anyway).

Louis Moult could also exit once he has recovered from his injury, while Joe Rafferty and Andrew Hughes both need replacing but should only be sold once replacements have been found.

Out Of Contract Exits

The good news is that Alan Browne has penned a new deal, meaning our club captain and one of our most versatile players will be staying at PNE.

The bad news? Ben Pearson won’t be. He’s told Alex Neil that he does not see his future at Preston and it means he could either leave this month or leave on a free transfer at the end of the campaign. It’ll be extremely sad to see arguably our best player leave (and potentially for nothing) as he adds so much for us in the centre of midfield. He’s easily one of our best players for the last decade and whichever team does sign him has themselves a tremendous player.

It’s quiet on the other players as far as news goes. Daniel Johnson has been linked with a move to Rangers and has been in and out of the side since. If he was to leave, I’d try and sell him now while we can grab a fee. We have replacements for the player somewhat already (or could use the fee to replace him) and although he is a goal threat for us, I see Pearson and Davies as bigger losses for the club.

Ben Davies continues to feature regularly (probably because we don’t have a lot of options in the centre-back area) and we should do whatever it takes to get him to agree to a new contract. He’s great with the ball at his feet as a ball-playing defender and is one of our most important players. If he too was to leave than it would be a blow for the Lilywhites but hopefully we can keep him – with Premier League teams sniffing round though, I’m not sure if it is doable for them.

Darnell Fisher is the final player whose deal runs out in the summer. He too is of vital importance to the club and perhaps still by some fans flies under the radar as not that important of a player for us. However, his attacking runs, play with the ball and defensive ability are vital to us as a club and we need to make sure we sign him to a new deal too, unless we want to end up with Joe Rafferty at right-back every game.

Where do we still need to recruit?

Ideally, we still need to sign a centre-back, full-back and winger. That’s not to mention if any of the players that are out-of-contract leave – and if that includes Davies and Fisher, then we definitely do need a new centre-back and full-back.

Our options in the centre of defence are thin with Patrick Bauer injured. We need to ensure we strengthen it, otherwise we’ll have to continue playing Paul Huntington and Jordan Storey and so far they haven’t fared too well as a centre-back pairing.

As for a full-back, that too is a priority. Josh Earl is good going forward as a left-back but his defensive work leaves a lot to be desired (he’s still young though and it doesn’t mean we should sell him by any means).

Joe Rafferty though has proven to be an average player on more than one occasion and Hughes too sometimes can be lacklustre. If Fisher leaves the club then we definitely need to recruit in this area, otherwise we’ll find ourselves lacking there.

With Bodin and Harrop potentially off and with Maguire not a natural winger, it could also be beneficial to sign a winger. Our options there are Scott Sinclair, Brad Potts and Tom Barkhuizen so we definitely need to consider it.