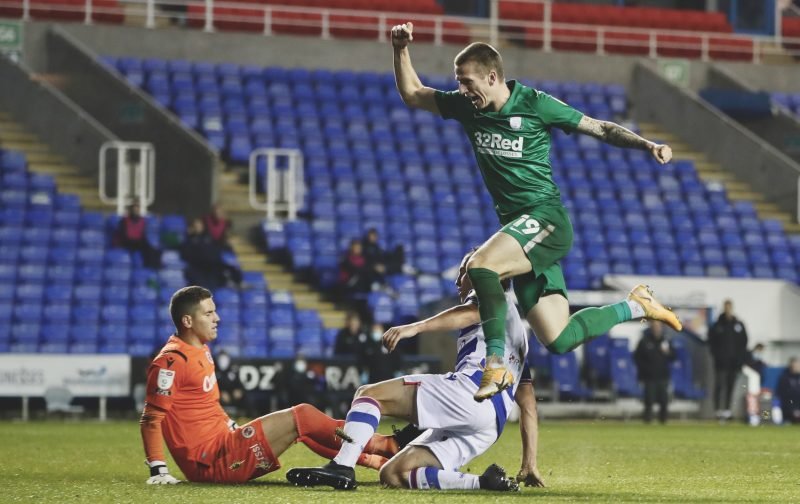 After a comfortable 3-0 win in midweek, Preston will be hoping to continue their superb run of form away from home against Rotherham this weekend.

The Lilywhites have been two completely separate entities at home and away so far this campaign. At home, they’ve looked toothless and devoid of ideas and it’s backed up by the fact that we currently have the worst home record in the league and are yet to pick up a single point.

Away from home though is where we come alive. We are the complete opposite to the version of ourselves we showcase at Deepdale. We look incredible, expansive and attacking and we currently own the leagues’ best away record.

So how is it we can perform so well away and yet be so dire at home?

That’s perhaps a question for another article but as we go into the weekend, we can look forward to an away fixture against Rotherham – something I didn’t think I’d say compared to a home fixture at Deepdale!

In midweek, everything clicked after Daniel Johnson missed a penalty. Scott Sinclair popped up – as he does – with a goal to put us in the lead.

Then, the moment every North End fan has been waiting for as new signing Emil Riis popped up with his first goal for the club. The Denmark man chased after a ball over the top of the Reading defence and gave chase. After beating the defender to the ball, he cooly slotted the ball underneath the keeper and put North End two goals in front (and also sent PNE fans around the world mad by bagging his first goal!).

To wrap up the game, a late dribble from Tom Barkhuizen down the right was finished off by Brad Potts as Barky laid the ball up on a tee for him.

If we can carry that kind of performance and finishing into this weekend’s game against Rotherham, then we can be confident of hopefully picking up another three points. The question is, which North End will ultimately show up? Either way, here is our preview.

It seems likely that both Ben Pearson and Ben Davies could miss the fixture again, with both currently sidelined through injury. It’s a worry that two of our most important players are missing but their replacements have done decent jobs in their absence. Jordan Storey has been a bit hit-and-miss at times, making mistakes but then showing up with game-saving tackles as he did at Reading while Paul Huntington put in a superb shift against the Royals on Wednesday.

Ryan Ledson meanwhile is arguably our player of the season so far. Less Pearson and more Gallagher to be honest in terms of his passing and play style, the former Oxford man has really come into his own this year with his ability to ping passes (and key passes) forward to help start attacks while also being able to put in a shift defensively. Alongside him, DJ has also held his own despite easily playing better as an attacking midfielder.

Darnell Fisher was fit for the Reading game and will hopefully play again unless tiredness has taken its toll. As for Andrew Hughes though, he missed the game in midweek and it looks like he could be out for even longer, meaning Rafferty should keep his place unless Alex Neil decides to try Josh Earl.

Another injury to add to the mix is Patrick Bauer who also missed the game against Reading. However, after the showing PNE put in against Reading, it wouldn’t surprise me if Alex Neil fielded a completely unchanged team and left Huntington in the centre of defence after his impressive showing during the game.

I hate to keep saying it, as I also feel a lot of other North End news outlets like us have continued to big the man up but Emil Riis could be the key man for us at the weekend. Any and all praise he has received so far is well and truly justified. Although he struggled at Deepdale – arguably down to the fact he was left to chase lost causes and long balls to nobody all game – away from home he has been incredible when given the ball.

With a mixture of height and pace, he has continued to be a thorn in the side of opposition defences. Now, with a goal under his belt too, he will be full of confidence heading into the game against Rotherham and will want to add to his tally if possible.

Able to not only score himself but hold the ball up and provide chances for his teammates, if Riis has the type of game that he has been having, then that could ultimately decide if we win or lose the match. If he is stifled and left to chase nothing as he was at Deepdale, then we could struggle to create or score anything. If he is given the chance to thrive though, then it could be a good day at the office, whether he scores or not.

I’d also like to make a case for Paul Huntington being an important player for us this weekend. Hunts was superb in midweek and if he is able to marshal the defence and stay solid, then we should be hard to break down and that could be key. Storey has been up and down but with a confident Hunts next to him, then it could help ensure we remain defensively sound throughout the game, which is important especially considering the injuries we have at centre-back and left-back.

Some important stats to note going into the game are these. (All stats provided by FootyStats)

First of all, we’ve won our last four away games. A pretty obvious but important stat going into the weekend when you consider which North End will turn up. We obviously perform so much better when we don’t have to set up against a back five like we do at Deepdale, so it should give us more chance to play our better style of expansive football, with plenty of space to move and play the way we want to.

We’ve also scored in our last five away games, meaning if we maybe go one down against the Millers (but hopefully not) we do have goals in us to be able to fight back away from Deepdale.

Finally, what’s also important to consider is that football is a game of two halves and that’s what it might be on Saturday too. In the first half of games this season, Rotherham have a 100% clean sheet record in the first half of their games, meaning it could be hard to break them down in the first 45 minutes.

However, their record in the second half is much worse with just a 20% chance of having a second half clean sheet. That means we may be forced to wait to properly take the game to the Millers but patience is a virtue. It might also mean that if we manage to break that 100% record of no goals conceded in the first half by Rotherham, if we score against them in the first 45 minutes, then it could be key as the second half they have proven to be statistically weaker and we could then take the game by storm too.